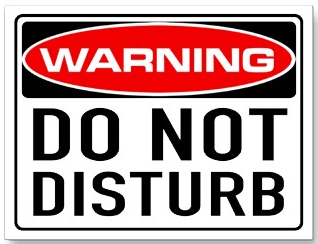 At any time after bottling, a wine (usually red) can slip into a “dumb phase” or “fall sleep.” In other words, it goes through some doldrums for various periods in which its aromas and flavors are muted. Since each wine is alive and different, this is an unpredictable phase, often dependent on the producer, the varietal, the vintage, and the bottling conditions.

Red wines often go through this phase after bottling. It’s known as “bottle shock” or “bottle sickness.” As the wine absorbs oxygen during the process and is exposed to sulphur to protect it from oxidation, it becomes reticent for 6 to 12 months. It’s often said that a red wine such as pinot noir fails to recover its character for at least 6 months after bottling. This is why many producers hang on to bottled wines for 6 to 12 months before release. In general, the more gentle the process of bottling, the quicker the recovery time.

A second dumb phase can follow shipping. This period typically lasts 3 to 4 weeks, but varies from bottle to bottle. Many wineries advise waiting several weeks to open wines that have been exposed to jostling and temperature variations by being shipped an appreciable distance.

Additional dumb phases may occur over time, especially with wines like pinot noir, cabernet sauvignon, and port. Winemaker Don Baumhefner told me, “I have experienced pinot noirs that went through dumb periods lasting up to 10 years, then returned to be even better than they were before they became dumb.” Some winemakers note that wines from riper, hotter vintages are more prone to undergo a dumb phase than the more elegant wines of cooler years.

Ted Lemon, one of California’s most respected winemakers, says “Some vintages go through periods when they do not express themselves very well, and sometimes it is a precursor to decline. But sometimes they come out of it and return to glory. As a general rule, the more substantial the varietal, the more possible it is that the wine can go through a dumb phase. This is more likely with a great and concentrated vintage of Burgundy, even more likely with great cabernet sauvignon, and more likely still with wines like Port. That said, pinot noir is the articulate and beautiful woman in a silk chemise. ‘Dumb’ is rarely a descriptor that I find appropriate.”

Unfortunately, there’s no strategy for avoiding the opening of wines in their dumb phase. You simply must open a wine to find out, and enjoy it for what it is at that time. Recently, however, a technique was developed for sampling a wine before pulling the cork. The Coravin™ system allows you to access a small taste of a wine by keeping the cork in place and the oxygen out, to determine how the wine is drinking at any point in time. For more information, visit coravin.com.