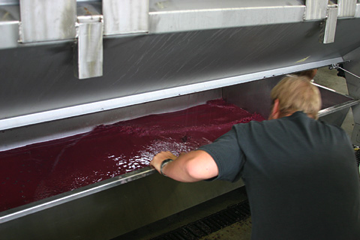 This is by no means a comprehensive collection of terms (I’ve left out most of the cool French ones). But it will get you started. And if there is one area that really needs jargon, this is it. Let’s say you’re taking a winery tour or visiting the barrel storage room and your guide says, “…we leave it on the lees, and rack it once, just prior to bottling.” Say what? Well, read on and find out what the heck this means.