Home Uncategorized Wine in a Can? 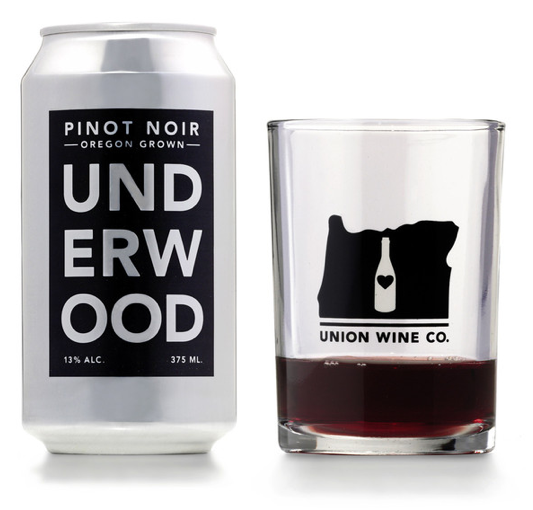 Oregon wine producer Union Wine Company, owned by Ryan Harms, has launched Underwood Pinot Noir and Underwood Pinot Gris in 375-milliliter cans (equal to two glasses or about a half bottle of wine). A canned Underwood Rosé is planned for early 2015. The wines are the first noncarbonated wines to be bottled in a can.

The allure is that it’s unpretentious and practical, as cans are portable and readily disposable. They’re lighter than bottles, unbreakable, and reduce the environmental footprint because they’re 100 percent recyclable.

Since the can is lined, there is no metallic flavor. When poured into a glass, it tastes identical to the same wine poured from a bottle (the identical Underwood wines are also available in bottles).

A four-pack of pinot noir is $24. The 2013 Underwood Pinot Noir is sourced from Oregon’s Umpqua Valley (60 percent) and Willamette Valley (40 percent). It’s aged 6 months in 15 percent new French oak barrels, with a finished alcohol of 13.0 percent, and a negligible residual sugar.

The wine was released in April 2013 and is distributed in Los Angeles County, but it’s not yet available in Orange County. I’ve not reviewed it, but I’m very curious. You can purchase it at unionwinecompany.com.