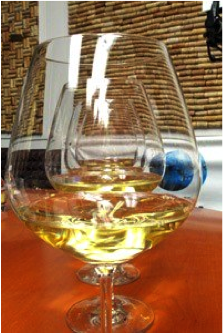 In a recent Wine Spectator blog, critic James Laube writes that “Winemakers have come to embrace the 100-point rating system as much as consumers” (“James Laube’s Wine Flights,” Nov 11, 2013). On the face of it, this isn’t breaking news. The thrust of advertising and marketing is to communicate wine quality to consumers—most often by citing these scores. Therefore, it’s no surprise that many vintners have found at least a financial interest in striving to reach some high numerical scores for their wines.

Mr. Laube goes on to say, “One big benefit of the 100-point scale is that it has given winemakers a target. It’s one way for critics to show vintners where their strike zone lies.” Further, he adds, “Whether or not a vintner agrees with a rating matters less than knowing how the critic rates certain aspects of a wine, in effect, setting up the strike zone.”

I don’t know about you, but this worries me.

When wine critics first appeared, their avowed role was to inform consumers about wine through reports on winery visits, tastings, and recommendations. They’ve done this well. Wine quality in general has improved greatly over the years, and wine aficionados have become more informed. We’ve been able to explore and learn more about wine through their publications. That said, the wine critic’s role has always been to criticize, comment, or analyze, not to select winemaking goals or redirect efforts. Mr. Laube’s blog, however, seems to indicate otherwise—that it’s the critics, not the vintners, who now drive the bus.

It isn’t the pundit or the yardstick that bothers me. I think wine criticism is fine, and I’ve also come to accept the reality (maybe even the benefits) of the 100-point scale. I’m concerned with the possibility of losing the artisanal qualities of craftsman in some headlong rush to follow wine critics’ dictums. Art and criticism have long had an adversarial role, and that’s fine as well. But, I’d prefer to have critics and winemakers stay in their respective philosophical camps, rather than agree on some universal objective measurement for something that’s inherently subjective. I’d rather they agree to disagree.