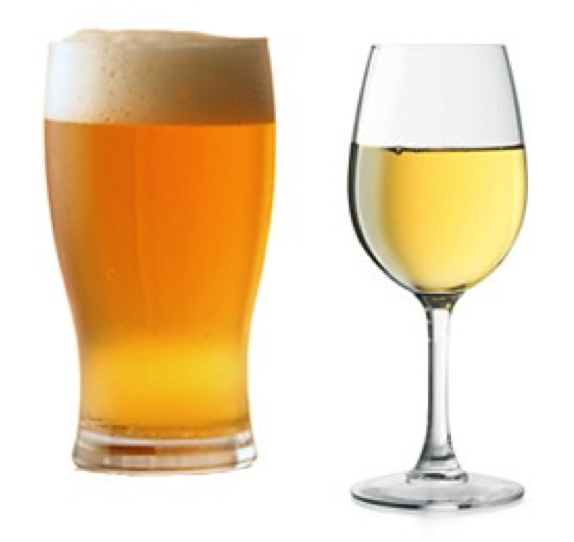 I go to lots of wine dinner parties, but had the opportunity recently to attend something a little different. The hosts had invited an equal mix of wine people and beer people—mostly geeks of either or both. It was envisioned as a “you tell us about wine, we’ll tell you about beer” kind of thing, with each group bringing some of their favorites.

Nobody was quite sure how this would evolve, but both sides learned that the two beverages have more in common than not. Many craft beers come in 750ml bottles (about 26 ounces), so there was even parity in the long lineup of bottles on the counter.

Sniffing a beer turns out to be as natural as sniffing a wine. In fact, many of the same descriptors apply to each. And each has a noticeable fruit or floral aroma, with savory components as well. There are many commonalities in taste and mouth feel too. There might be a sensation of sweet or tart, or a sense of a fullness or weakness at the mid-palate, or even a satisfying versus short finish in the mouth.

Also, some of the beers were made using grape skins, which made for an interesting comparison to a wine made from the same grape. And since beers are carbonated, some bubbly fit nicely into the mix as well.

Altogether, it was a very instructive exercise. I’m not sure either of us made any converts, but it was truly surprising how the foods chosen for both beer and wine worked marvelously for both.

So, the next time you plan a wine event at your house, consider adding some craft beers to your shopping list. You might find that the beer gets more attention than the wine, proving the adage that you can’t mix the two is just plain untrue.