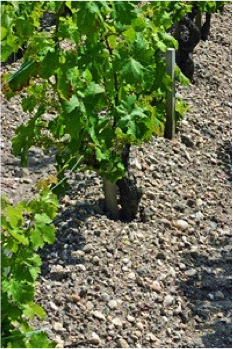 I recently perused one of the internet wine forums (wineberserkers.com), and came upon a discussion that caught my interest: “Importance of Typicity?” Without taking any position on the issue himself, the original poster (Adam Lee, owner-winemker of Siduri Wines) had solicited reader comments and opinions as to whether a wine must have typicity to its grape variety in order to be considered a valid representation of its varietal.

So, what is typicity, and how does it relate to wine? The dictionary.com website describes it as “the characteristic of the wine that makes it typical for the region or grape of origin. Typicity describes the degree to which a wine reflects its origins, and thus demonstrates the signature characteristics of the area where it was produced, its mode of production, or its parent grape.”

This definition aside, every wine geek undoubtedly has an opinion on what it means. So it follows that initial responders appeared split on its importance. Some believe a wine should be true to its varietal origin, while others feel its first duty is to be delicious, irrespective of its varietal nature. Complicating things further, several also tossed out another “T” word, terroir, in order to strengthen their position that a wine should taste of place first, and varietal second. (Terroir is a French term describing the physical characteristics of a specific growing site, combined with the climate and the hand of the vigneron, or winegrower.)

After about 60 responses, the discussion became more detail-oriented, focusing on whether typicity is more about the varietal or its region. After more than 100 responses, the discussion drifts into seemingly unrelated things like wine judging, blind tasting, and whether Zinfandel is California’s best example of the word. Thus, what first seemed like a relatively simple question ended up devolving into a variety of opinionated replies on permutations of the original question. Welcome to internet forums.

So where does this leave us with the question at hand? Well, considering that the final number of responses came to 200, we can conclude that typicity IS important—at least enough for many to weigh in on the matter. Beyond that, the most prevalent opinion appears to be that comparing wines made from the same grape(s) requires context. One has to know where the grapes are grown in order to determine whether a wine is a good example of its variety. This is where I pitch my tent. For me, typicity relates to where a grape is grown, rather than how much a “merlot tastes like a merlot.” Thus, I don’t expect a California merlot to taste like a French merlot or a Washington State merlot. Of course, they’re each merlots—they just have different typicity.

The whole online discussion reminds me of something one of my friends said about a wine he felt did not taste of its typicity: “It is what it is. For what it is, it’s a good example of what it is.” Well, there you have it.