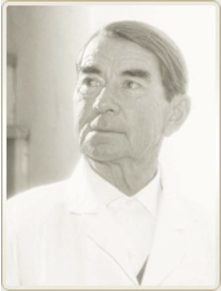 Twenty years ago this year, the Russian-born André Tchelistcheff, who has been called America’s greatest winemaker, passed away at the ripe age of 92. The respect he garnered was evident in the number of nicknames bestowed on him over the years, including the “Maestro,” the “Dean of American Winemaking,” the “Winemaker’s Winemaker,” and the “Wine Doctor.”

When Tchelistcheff arrived in the Napa Valley in 1938 at the age of 37, he found the post-Prohibition California wine industry in disarray. His skilled winemaking and technological innovations were instrumental in the upsurge in quality of California wine. He worked with numerous wineries over the span of five decades, including Beaulieu, Charles Krug, Louis M. Martini, Buena Vista, Schramsberg, Stag’s Leap Wine Cellars, Hanzell, Heitz, Simi, Jordan, Quilceda Creek, Conn Creek, Rodney Strong, and many more. Many famous winemakers turned to him for advice.

I regret that I never had the pleasure of meeting Tchelistcheff and never tasted his 1946 Beaulieu Napa Valley Pinot Noir, a benchmark for pinot noir from California, but I sense his legacy in the wines produced today. He was a proponent of low alcohol, restrained use of new oak, and freshness and acidity, but he was more a romanticist than a technician, and his emphasis on the aesthetics of winemaking remain a lesson that today’s best winemakers take to heart.

Practically everyone who has worked in the industry has a famous story about him, or can relate a quote by him. Dan Berger wrote several years ago about his experience judging pinot noir at the Sonoma County Harvest Fair Wine Competition in 1981. He sat next to Tchelistcheff as part of a five-person panel. Tchelistcheff voted a Gold Medal for wine No. 8 as did Berger, but the other panelists did not vote the wine an award. At a subsequent break, Tchelistcheff said, “Wine No. 8 was excellent. Whoever made it knows pinot noir.” Tchelistcheff’s influence as a respected judge was legendary, so the competition director re-entered the wine in the judging and it was awarded a Silver Medal. The wine turned out to be the 1978 Davis Bynum Pinot Noir crafted by Gary Farrell, the first wine Farrell made. He would go on to become one of the Russian River Valley’s greatest winemakers.

In 1994, Robert Balzer, an esteemed wine writer for the Los Angeles Times, related a story shortly after Tchelistcheff’s death that revealed his idealistic nature. When Balzer asked about California pinot noir, Tchelistcheff said, “Young man, as the sun sets, go into the garden of Madame de Latour and pick one of her fine red roses, just as it has begun to open. Take it home. Put it in a vase without water. Next morning, put your nose into the heart of that dying rose. Inhale the unique perfume. There you will have the scent to guide you to a perfect pinot noir.”

Robert Stemmler was an iconic producer of Sonoma County pinot noir during the 1980s. Tchelistcheff was said to remark after tasting one of Stemmler’s pinot noirs, “This wine has the sensual aroma of a woman’s leather glove with a hint of her perfume and personal scent.” Tchelistcheff had a reputation as a ladies man, so the comment fit the context perfectly. In that regard, he is also credited with, “Appreciating old wine is like making love to a very old lady. It is possible. It can even be enjoyable, but it requires a bit of imagination.”

Finally, one of Tchelistcheff’s quotes has enduring relevance. As a wine critic, I spend a lot of time tasting and critiquing wine to try to guide others to special drinking experiences. But I agree with Tchelistcheff, who said, “People spend too much time tasting wine; not enough time drinking it.” Amen.