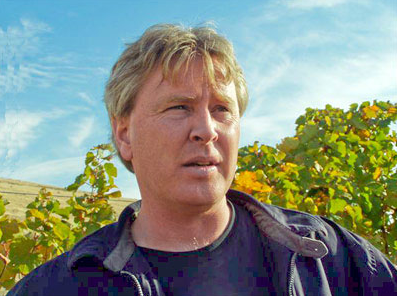 There is no history of winegrowing in Ireland, but the Irish have a wine-drinking tradition that goes back nearly 2,000 years. Not only that, they helped launch the wine industry in the United States. Irishman James McCaffrey owned the oldest surviving commercial winery in California prior to Prohibition—the San Jose Winery—originally built by the Santa Barbara Mission in the early 19th century, from 1853 to 1900.

James Concannon, who was born on St. Patrick’s Day, left Ireland for Boston in 1864 at the age of 17, married Irish immigrant Ellen Rowe, and traveled to Oregon with his wife and new baby in a covered wagon. He eventually moved to San Francisco, learned about grape growing, and in 1883, planted his first 40 acres in the Livermore Valley, east of San Francisco, using cuttings from Château d’Yquem, which he brought back from France. A few years later, he founded Concannon Winery, and vinified America’s first varietally labeled petite sirah.

The tradition continued in the 20th century in California, with Irish blood establishing such well-known California wineries as Murphy-Goode, Chateau Montelena, Mayacamas, Cakebread, and Flora Springs. California can even lay claim to the winery, Irish Monkey, located in Oakland, and Irish Family Vineyards, in the Sierra Foothills.

The Irish have played a significant role in the founding of some of the most iconic wineries in France, including more than a dozen chateaus in Bordeaux, such as Château d’Yquem, Léoville-Barton, Léoville-Las-Cases, Lynch-Bages, and Phélan-Ségur, and many wineries in Australia, such as Penfolds, Leeuwin Estate, and McWilliams Hanwood Winery.

Today, Oregon’s David O’Reilly, one of the few U.S. winemakers born in Ireland, continues the tradition. His winery, Owen Roe, is a tribute to the 17th century Irish patriot, Owen Roe O’Neill. O’Reilly (pictured) crafts superb pinot noir and other red varietals from vineyards in Oregon’s Willamette Valley and Washington state.
I’ll write more about O’Reilly later in the week, in my Must-Try Wine, the 2012 Owen Roe Willamette Valley Pinot Noir. It’s a perfect match for corned beef and cabbage.

If you’re still curious about Irish ties to wine, I recommend the book by Ted Murphy, “A Kingdom of Wine: A Celebration of Ireland’s WineGeese.” The term WineGeese is a reference to The Ireland Funds WineGeese Society, which celebrates the wine, food, and art of Irish provenance from around the world. Winegeese is the name given to emigrant Irish families and descendents who worked in the wine trade in various countries of their adoption, since the 18th century.

The Irish like to drink, they even put alcohol in their coffee, and they are well known for their drinking toasts. Here is one of my favorites:
May your glass be ever full
May the roof over your head be always strong
And may you be in heaven
Half an hour before the devil knows your dead.