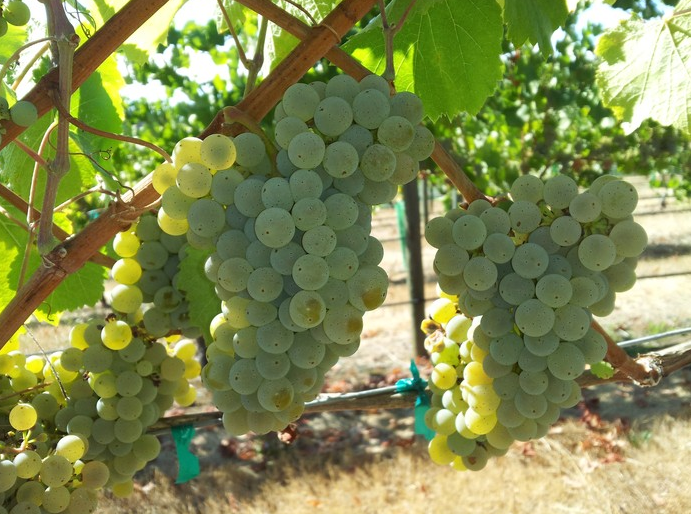 Albariño, one of Spain’s great white wines, is a white grape variety traditionally grown in Rias Baixas, a wine region in Galicia in northwestern Spain. It is typically crisp and acidic, and ideal for summer evening sipping and seafood pairings.

Albariño is also grown in Portugal, where it’s known as alvarinho. More recently, it has been successfully grown in North America, and some very fine examples, including the wine featured here, come from California.

The rising popularity of albariño is now celebrated by International Albariño Day, Aug. 2. Check the website, tapasociety.org/AlbarinoFiesta for event listings.

Evan Frazier, General Manager for Kongsgaard Wines, crafts the Ferdinand albariño. The grapes are sourced from the Vista Luna Vineyard owned and farmed by Markus Bokisch, whose family is from Spain. He is one of the top authorities on Spanish varieties in California.

This wine was whole-cluster pressed, fermented with native yeasts in neutral barrels, and spent eight months on primary lees with no malolactic fermentation.

Most albariño wines are meant to be drunk on release, as light refreshment. This one is no exception, with its pleasingly fresh aromas of blood orange, lime, grapefruit, and scent of the sea, and bright flavors of orange zest, lemon-lime, and peach, driven by bracing acidity.

Pair this wine with mussels, crab cakes, shrimp cocktail, nicoise or cod tacos. It is available for about $20 at hitimewine.net. The 2011 vintage is offered on the wine list at Wineworks for Everyone in Mission Viejo.

Another suitable option is the 2012 Tangent Paragon Vineyard Edna Valley Albariño, an Orange County Fair Gold Medal winner (about $12) found at hitimewine.net and wineclub.com. A highly lauded version of Spanish albariño, made from old vines and age worthy, is the 2012 Raul Perez Muti Albariño, available at winex.com ($40).