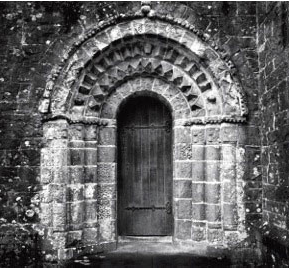 Winemaker David O’Reilly is one of the few Irish-born winemakers in the United States. His family fled Belfast at the height of the city’s friction between the Catholic and Protestant factions in the late 1990s. After the family settled in British Columbia, David headed south to California to attend college, where he majored in philosophy.

During O’Reilly’s travels, he visited Oregon’s Willamette Valley, where he became enchanted with winemaking and landed a job at Elk Cove Vineyards. After that stint, he founded Owen Roe, named after the famous17th century patriot, Owen Roe O’Neill. Along with partner Gerald Owen, who manages the winery’s vineyards, O’Reilly crafts pinot noir and several other white and red varietals from vineyard sources in Oregon and Washington. He is considered one of Oregon’s most accomplished winemakers.

Besides the premium wines made under the Owen Roe label, O’Reilly crafts value-priced pinot noir under the Sharecropper’s label. In keeping with the historical practice of sharecropping, O’Reilly takes the fruit, makes this wine, and once it is sold, shares the profits with the growers.

The Kilmore Pinot Noir is a blend of Pommard, Wädenswil and Dijon clones from special vineyard sites in the Yamhill-Carlton District appellation of the Willamette Valley. Photographer David K. Brunn captured the Kilmore Doorway image on the label. This Romanesque doorway was a sculpted entrance to the ancient Trinity Island Abbey in County Cavan, Ireland. Here the great patriot Owen Roe O’Neill sought solace during his quest for Irish independence.

The Kilmore features an array of enticing aromas including raspberry, dried cherry, sassafras, leather saddle, and sandalwood. Modest in weight, but highly flavorful, the wine features notes of black cherry, black raspberry, spice, dark chocolate, and coffee. The wine is very gracious and easy to like now, but has the balance and tannic backbone to age effortlessly in the cellar for 5 to 10 years.

This pinot noir matches beautifully with corned beef and cabbage, chocolate-braised short ribs, or seared duck breast with cherry reduction sauce. The Kilmore is available online at northwest-wine.com for $41.95. The 2010 vintage of The Kilmore, an equally good wine, is currently available for $37.99 at Total Wine & More in Orange County.