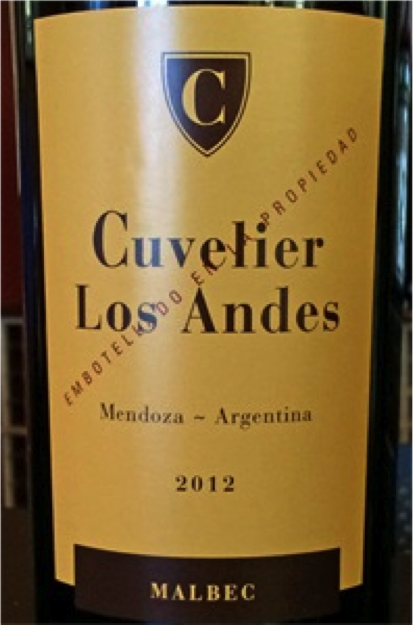 The Malbec grape emanates from Southwestern France, where it has been grown for centuries. It is referred to by many names—auxerrois in Quercy and Cahors where it originated, cot in the Loire Valley, malbec in Bordeaux, but also pressac, noir de pressac, or gros noir.

Until the One Hundred Years War (1337 to 1453), it was the favored grape for much of Europe, and Cahors was its epicenter. Malbec found its way as a blending grape in Bordeaux, although it has largely been replaced by merlot and cabernet franc, grapes that are less fussy and more adapted to the slight maritime influence. The Argentine link to malbec is much more recent, but with the country’s altitude, hot dry days and cool nights, this is where the grape has arguably distinguished itself best.

Hailing from France, the Cuvelier family has been in the wine business since the 1800s, beginning as wine merchants (negotiants, who purchase grapes and wine from other parties) and finally purchasing their own Bordeaux estates: Château Le Crock in 1903, then Château Camensac in 1912, and the prestigious Château Léoville Poyferré in 1920.

Although previous family members had visited Argentina in the early 1900s, it wasn’t until Bertrand Cuvelier accompanied Michel Rolland on a visit in 1998, that the family decided to expand to operations in South America. During the next few years, Bertrand was joined by his cousin Jean-Guy Cuvelier, in a joint project to build a winery in Mendoza, Argentina.

At Cuvelier, the grapes are picked by hand, and processed in the same manner as on the Bordeaux properties. The wine has a lovely dark berry aroma, with hints of Provençal herbs such as sage and lavender. Very approachable now, with good structured, yet light tannins and very good acids through the long, sumptuous finish. A definite match for grilled meats, and could easily stand up to a healthy dose of spices as well. Available locally at Wine Exchange and Best Wines Online for under $18.