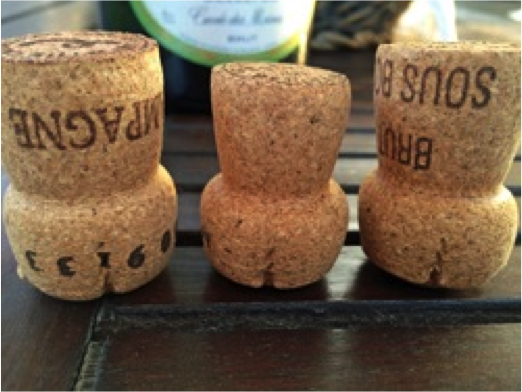 Natural cork, punched from the bark of a cork oak tree, has been sealing the world’s wine bottles for nearly 400 years. Yet despite being the closure of choice, its failure rate is in the 3-to-5 percent range. If a cork doesn’t seal properly, the wine oxidizes. If it’s infected with TCA (trichloroanisole), the wine is ruined by cork taint, a musty, off-putting smell. For centuries wineries have considered this level of failure an acceptable risk because natural cork generally performed well, looked good, and kept alive the culture of cork-pulling.

Then, in the 1980s, the 3-to-5 percent failure rate suddenly doubled. The causes were many, including lack of cleanliness during harvest and production, and exposure to chlorine in cleaning the corks. But the effect was huge. Customers began returning wine, and entire lots of stock were ruined. Thus began the rush to find an alternative.

Many wineries switched to synthetic corks made of inert plastic or vinyl. But they had their own set of problems, one of which is “reduction” of the wine, which causes a burnt and rubbery smell. The other choice was the screw cap, which first appeared in the 1970s. This alternative has had much success, notably with white wines, and this success continues. But, in the end, it seems everyone prefers pulling corks with cork screws, and popping Champagne corks.

In the late 1990s, agglomerated cork—tiny fragments of cork bonded together—appeared on the scene. It has many of the cosmetic benefits of natural cork, without the negative side effects, and it can be engineered to various degrees of elasticity and quality. About a decade ago, Diam Bouchage perfected a process using supercritical carbon dioxide to sanitize the granulated material used for the company’s agglomerated corks, removing not just TCA, but many other impurities and smells as well.

Today, many wineries are converting to these Diam agglomerated corks, which are guaranteed to be TCA-free. They’re available in various grades that reflect the cork’s guaranteed longevity, from 24 to 120 months. And the latest version allows wine to age gracefully for 30 years or more without worry. Now that’s something to cheer about. Santé!