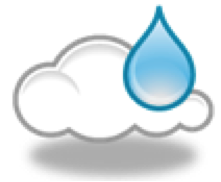 It’s been in the news on almost a daily basis: California is in the midst of a drought. According to classifications of the U.S. Drought Monitor website, the state’s wine-growing regions vary between D2 (“severe drought”) and D4 (“exceptional drought”). These designations mean that widespread crop or pasture losses are likely, water shortages will be common, and there will likely be water restrictions imposed to mitigate emergencies. Under these conditions, California’s winegrowers face an unprecedented shortage of water for their vines—and a direct threat to the state’s $22 billion wine industry.

So, what steps have vineyard owners already taken, and what can they do in the future to protect themselves from crop failures and still maintain a thriving business? Two things immediately come to mind.

Most high-quality vineyard owners already practice a production method known as “deficit irrigation.” In essence, the grape vines are given as little water as needed to survive, but enough to continue to produce grapes. Counterintuitive as it seems, this actually produces a better quality grape for winemaking, one with more concentrated flavor. When vines are given too much water, the juice within the grapes becomes watered-down or diluted. Growers will continue to strike a balance between giving the vines as much water as they want, and stressing them into producing more concentrated grapes. The net outcome is that grape-growing requires less water per acre than a crop like alfalfa.

Many growers also have been dry-farming (no irrigation) their vineyards since the initial planting of their vines. Dry farming is not for everybody, and requires that sufficient water exists deep in the soil, whether through a subterranean aquifer, or a buildup of moisture in the soil through sufficient rainfall saturating the ground in the winter prior to the growing season. With this method, during the first 3 to 4 years after planting, the vines occasionally get a small amount of water, but just enough to survive. The minimal amount of water encourages the vines to send their roots down deep into the soil in search of more moisture. After this initial period, the vines are not given any more water, and are left to survive on their own. It can be a scary proposition, but in general, no water will then be used to irrigate the vineyard. Of course, if the vineyard owners also have a winery on the premises, water is still used for cleaning purposes and during the harvest and crush process.

Obviously, these methods won’t alleviate the current drought we find ourselves in. But rest assured, winegrowers are always looking to save natural resources, and will be monitoring their irrigation sources (rain-catch basins, underground aquifers, or wells drilled on their property) very carefully to be sure they are rationing out water to their vineyard on an as-needed basis. We are all, literally, in this together.