Chris Marten of Santa Ana turned his life around after brain surgery stopped his daily seizures. This is his story:

From age 18 on, I was a ticking time bomb. That year, while driving, I had an epileptic seizure. Neurons in your brain misfire, sending wild signals to muscles and nerves. I lost consciousness for 30 seconds and lost control of my Nissan.

From that point on, my life was radically changed. I actually had my first seizures as a baby in the hospital—two 20-minute grand mals. But we didn’t know I was epileptic during childhood.

However, after the grand mal at 18, smaller petit mal seizures hit all the time. It’s hard to explain the feeling. Little lapses in time, four to 20 seconds gone. You get what we call “auras”—you feel it coming on. I’d sit down, relax, let it pass, get a headache. It’s a sensation of déjà vu; present, past, and future all mixed up.

Meds eliminated the grand mals, but I still had multiple petit mals a month. I quit my job at Ralph’s, switched to nighttime security for a few years, then landed my job of the past 16 years: selling women’s extra-small shoes—size 2 to 5 1/2—by phone.

Life was OK until age 27. One day, I again lost consciousness while driving and crashed into a pole, luckily not hurting myself or anyone else. I began having grand and petit mal seizures all the time. New meds didn’t work. My future looked grim, as the condition gets worse with age.

After I turned 33, my older sister Misty, whom I live with, went to a psychic. “I see better options out there for your brother,” she was told. In February 2016, after lots of research, Misty took me to David Millett, a neurologist at Hoag Hospital specializing in seizures and epilepsy.

After a basic checkup and some drug trials, none of which worked, Millett said I might be a good candidate for an operation to cut out the misfiring part of my brain. If the bad section is too deep, they don’t do it. Why mess up your life even more? But they found my problem area was isolated on an easy-to-access spot, so Millett recommended I go for it. Worst case was a little short-term memory loss and seizure reduction by 85 to 90 percent.

In May 2016, Millett’s team removed a portion of my brain. I wondered: Would I come out normal? Since then, after reducing medications to zero,

I’m episode-free—not one seizure. They tell me they’ve never gotten someone to the point of no seizures and no drugs.

I started driving again after eight months. I don’t get the headaches or the side effects of the pills— depression, anger, snapping at the littlest thing. I walk, go out, feel like doing things. I’ve lost 50 pounds. My confidence is coming back with women. Not having to rely on anyone else is pure freedom. I’ll go hiking, to the beach, golfing—all the stuff people take for granted.

But here’s the funny thing: Sometimes I kind of miss the seizures! 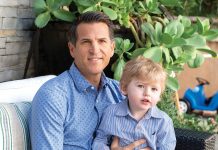 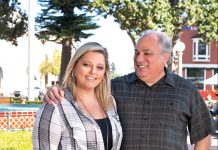 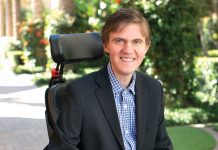