After graduating from Santa Ana High School in 1998, I enrolled at Orange Coast College, not really knowing what I wanted to do with my life. I went to see a military recruiter, took a test, scored high on it, and was told I could choose whatever job I wanted. I asked about combat engineer. The recruiter explained: “You learn construction and play with explosives.”

I was sent to Iraq in April 2003. On Aug. 23, we were clearing a stretch of Highway 10 between Ramadi and Fallujah when we were ambushed. We got back in the [armored personnel carrier] to give chase. They fired a light antitank weapon at us. The 3- to 4-foot projectile easily shot through the aluminum back of the vehicle. It hit my gunner in the leg, hit me in my left leg, then hit the track commander. A medic ran through heavy fire to save our lives, but we each lost a leg.

They took us to Baghdad, and I remember a nurse, a major, saying, “Don’t worry. You’ll be fine.” After that, I blacked out.

While in an induced coma, I was taken to a military hospital in Germany and then flown to Walter Reed Army Medical Center in Washington, where doctors amputated my leg at the hip. I must have heard something through the sedation, because my girlfriend at the time, now my wife, said that at one point I woke up briefly and asked if she would be OK if I “came home different.’’ I have no memory of that.

Losing my leg led to some dark moments, and the toughest were the simplest things. After I finally was brought back to consciousness, I was excited that they had taken all the tubes out of me. But I couldn’t feed myself; all my strength was gone. I broke down and cried. I wondered if I was always going to be this way. That’s when my mom stepped in and started helping me out, encouraging me.

Within a few weeks I had regained a lot of strength, but trying to move around was difficult. I couldn’t walk the ward by myself, either on crutches or with a walker; I needed someone to hold me from behind. I realized I was going to be dependent on somebody else for a long time.

But when I needed it most, I got help. While recovering at Walter Reed, I met Jim Mayer, a Vietnam War veteran who’d lost his legs. He was living his life to the fullest. And my wife, the mother of our two children, stuck with me, motivated me. I had support from my family. They pushed me. I knew I had to move on.

I was medically retired in 2004, so I went back to school and graduated with a degree in math from Arizona State in 2008. Back home in Southern California, work wasn’t easy to find. I finally landed a construction job for a telecommunications company. Some fellow veterans and I got the idea to start a construction business employing disabled veterans, All Veterans Corp.

That 10-minute battle made me refocus my life. Where things might have come easy before, now I have to push through. We adjust and overcome. We take a lot of things for granted. I almost lost everything. I can appreciate life more now, because it was almost taken from me. 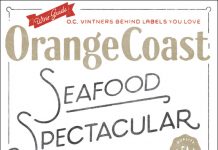 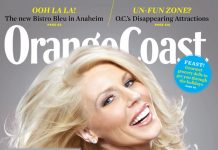