I had an accident the last Sunday in February while I was at home working out on a pull-up bar.

At the time, I was taking aerial acrobatic classes, and that night I was trying one of the moves I would do on the tissu, the fabric used by Cirque du Soleil performers. I was hanging upside down, with my legs in the air in a splits position. I was holding onto the bar with my hands, and lost my grip—I fell straight onto the tile floor.

The wrist that cushioned my fall swelled immediately. My neck hurt, too. At first I thought I was fine. But within 15 minutes I realized I had to go to the hospital.

I walked into the emergency room at Chapman Medical Center in Orange, holding the back of my neck to support it—by this time the pain was unbearable. The ER doctors took me for a CT scan. I could hear them talking behind a curtain saying, “Yeah, she has a fractured C6 and C7 [cervical vertebrae].”

It all happened so fast. I was admitted to the hospital. I was crying. There was so much racing through my head: What am I going to tell my boss? I have a 10-year-old daughter to take care of. I kept telling myself I wasn’t paralyzed. My left arm and my fingers were tingling and numb. I could still move them, but they felt as if they were deep asleep.

When you hear about someone breaking their neck, they usually end up in a wheelchair. I was awake all that night.

Finally, at 6 the next morning, I called and told my boss what had happened and texted my friends. The doctors put me in a halo, and that was the worst part. The bolts screw into your head to press up against your scalp. I wanted to rip that thing off; I hated it. And that afternoon the doctor said I needed surgery and described a fusion that he’d scheduled for that day.

Surgery went well, and I went home. The first two weeks were the toughest. My parents had to help take care of my daughter. They would take her to school and pick her up, make dinner, and help her with her homework.

I wore a neck brace for two months. The worst part was trying to sit or sleep with that thing on. I couldn’t turn my neck. My biggest challenge was staying off my feet. I had to lie down and relax. But I kept thinking, “What am I going to do? I can’t drive. I can’t work out.” It took so much effort to move, but I wanted to move. Once the brace was off, I couldn’t lift anything more than 10 pounds and I couldn’t go on hikes or run for six months. I actually lost weight. And I didn’t have a voice for two months; I spoke in a whisper. During surgery, they had to move my voice box to get to the bones.

I eased into working out by taking walks. I went to physical therapy where they showed me a lot of stretches for my neck and they gradually put me on some 5-pound weights and I used a heavy medicine ball to build up my strength.

It was eight months until I could get back to work. I still haven’t returned to aerial acrobatics, but I’d like to. I’m trying to get my strength back but it’s frustrating. When I go to the gym and lift weights my neck starts to hurt and I can hear my shoulders popping, going crack, crack, crack.

The experience has been a wake-up call. I had always thought about going back to school, but after the accident I did something about it. I’m getting a bachelor’s in nursing. I don’t have a specialty in mind, maybe the emergency room.

My neck is still stiff, and it’s hard to even move it around. I think about it when I’m driving and I have to look behind to back up. I think, “Will I ever have my full range of motion?” Only time will tell, but it’s been a long road and I’m still recovering. I’m very lucky. 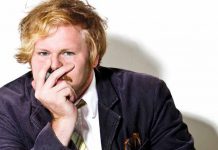 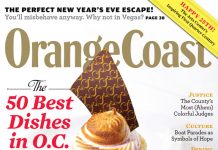 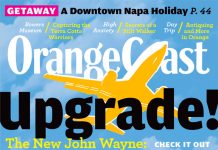