Kristin Miracle-Lewis laughs as she recalls how she put a bid on the 1966 ranch-style home without telling her husband, Brian. “My mother called and told me about a Top of the World Laguna Beach property that had just fallen out of escrow in a short sale,” says the owner of The Garage Collective, a boutique in Laguna Beach. “I put in an offer the same day.”

Before she could reach her husband, then a national sales manager for Quiksilver who was traveling at the time, he received a congratulatory call for his winning house bid. His response: “What house? Is this a joke?”

It was no joke, and when Brian saw the home three days later, he realized the single-story, five-bedroom dwelling needed some major work. “You couldn’t see the house from the street; the landscaping was completely overgrown,” he says. The interior featured an array of taupe and chocolate accent walls, pink Saltillo tiles, popcorn ceilings, and no lighting. But he agreed the bones of the house were good, and the family-oriented neighborhood suited their family of six. “Her vision for the house sold me,” Brian says. “I trust my wife entirely.”

The couple started by ripping out the overgrown yard of ivy and cypress trees but kept the two-story pine tree that shaded the home. They also purchased a wood fence for privacy (and to “keep the kids from running into the street,” Kristin says) and painted the exterior with a coat of black paint with white trim. They decorated with cacti and succulents, and before long the former beige home had a graphic punch. Smith & Hawken outdoor seating atop a Dash & Albert area rug and decorative lights in the trees transformed the yard into an outdoor room to entertain friends.

To brighten the 50-shades-of-brown interior, Kristin painted the walls a crisp white and added a playful accent wall peppered with large winking eyes in the children’s playroom. Other upgrades include a Dutch door that lets in cool ocean breezes, dark wood floors, and a custom kitchen. The only major change was the removal of the wall between the kitchen and a bedroom to create one open plan.

The home contains an eclectic mix of what Kristin refers to as coastal modern furnishings—sling-back chairs, rattan ottomans, Moroccan fabric-covered pillows, as well as some one-of-a-kind pieces (like her lobster-trap coffee table), many of which she carries in her store. Vintage and modern rugs decorate every room, including the colorful Boucherouite rug in the kitchen woven by Berber women out of discarded scraps of material. “I love rugs, especially the old ones,” she says. “Each one is unique and has a story to tell.”

If Kristin had a recipe for designing a home, the main ingredient would be “keeping everything as timeless as possible,” she says. “But most important, I want to love every single piece I put into the home, so it brings me joy.”

Brian agrees. “She transformed the home into a place where I just love to be.” 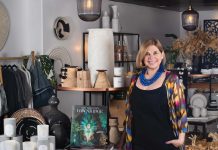 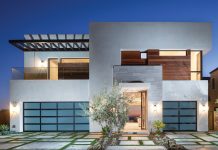 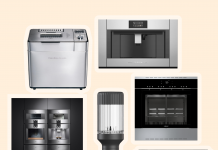 Kitchen Essentials for a Dream Kitchen