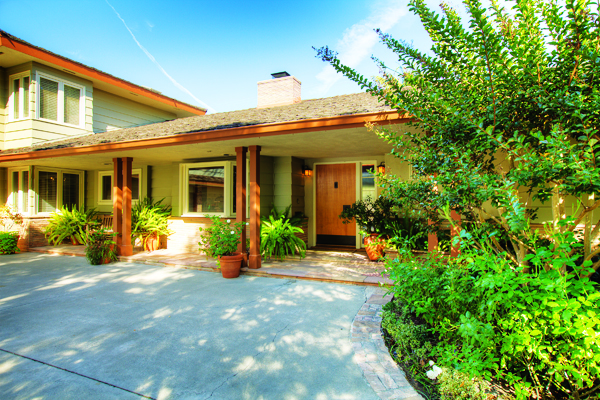 Properties in this city of more than 329,000 run the gamut from historical registry homes to vintage Craftsmen to midcentury moderns and beyond. This 1958 residence with overhanging eaves, horizontal lines, and rows of small windows, is characteristic of prairie-style homes. The two-story house in the West Floral Park neighborhood has five bedrooms, two full baths and four others, and a six-burner Viking cooktop on the kitchen island.

The West Riviera Drive property, winner of the city’s Garden of the Year title in 2011, sits on nearly one-third of an acre and backs to Santiago Creek. The 4,900-square-foot home, listed at $1.5 million, has a three-car garage and a guesthouse with kitchenette. Listed by Michael Hickman, 714-731-3777