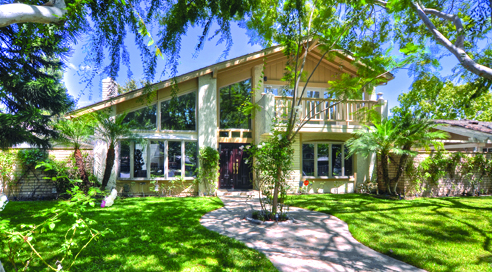 Foliage frames this 2,000-square-foot, two-story home on West West Wind. The 1974 property has an outdoor fire pit and bar, a garage that holds two cars, and views of the community lake. Inside are three bedrooms, two baths, and a kitchen with a double oven. Katherine Marquez, 714-227-9887