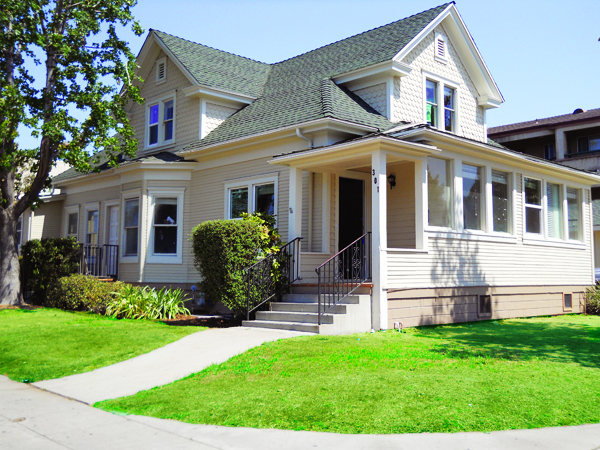 Sitting at 16th and Spurgeon streets, this 3,500-square-foot home has turn-of-the-century charm alongside modern updates, such as a kitchen with stainless-steel appliances. The 1898 house has eight bedrooms and five baths in two levels, as well as a two-car garage. Alysha Ommen, 760-696-1752