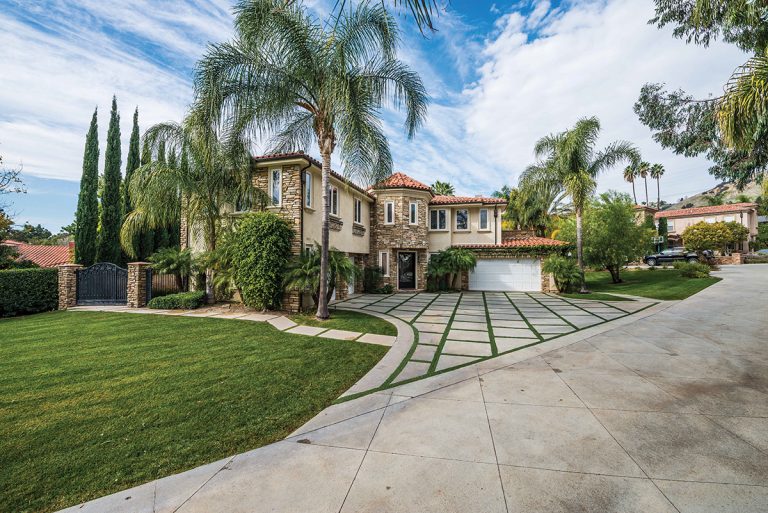 Stacked stone highlights the facade of this 2002 Mediterranean-inspired home on Valley Drive. The 5,860-square-foot residence has six bedrooms and seven baths in two stories, plus a kitchen, with a breakfast counter, that opens onto one of the home’s many outdoor spaces. The backyard has a pool, a spa, an outdoor kitchen with bar seating, and a fireplace. Two garages hold two cars each.