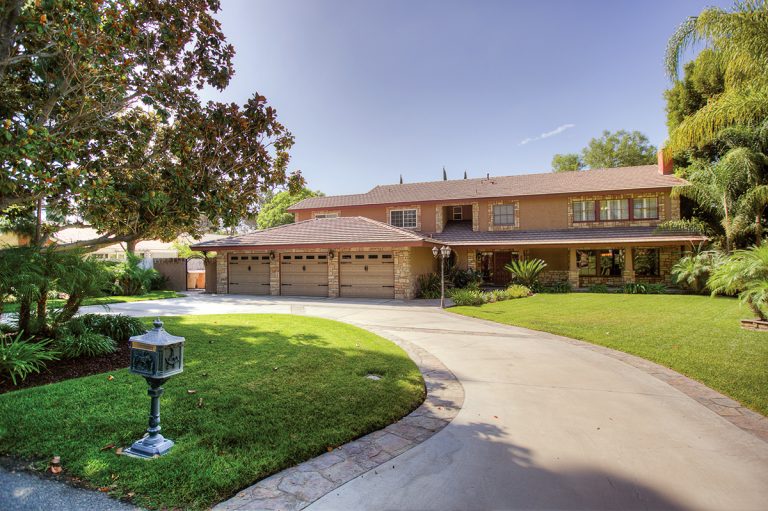 Nestled among palm and fruit trees, this 1969 home on Taft Avenue has touches of Craftsman style. The 5,470-square-foot house offers two stories of living area, six bedrooms, five baths, and three garages. The kitchen has granite countertops, and the movie theater has stadium seating. In the backyard are a pool, an enclosed above-ground spa with skylight, and a built-in barbecue. Nancy Moeller, 714-276-7006