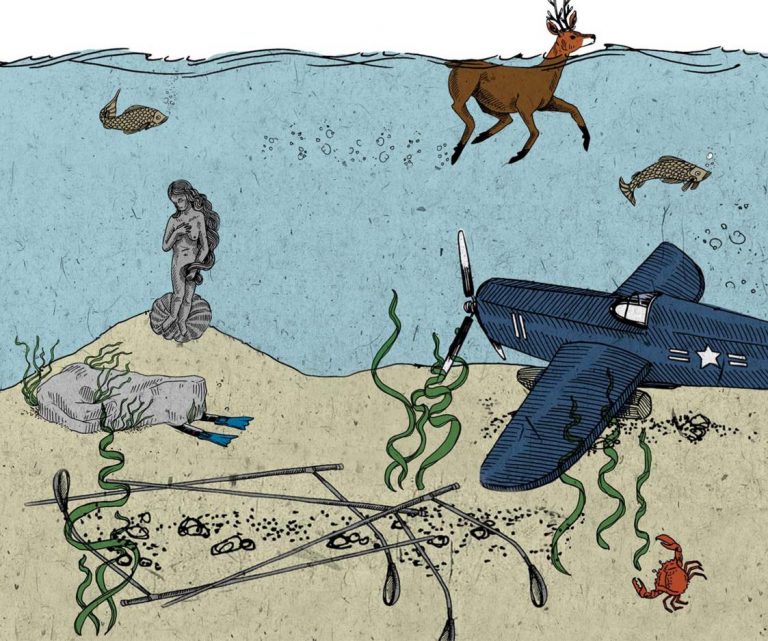 Dudley of Dead Man’s Reef
Think of it as an underwater Halloween decoration: a slab of concrete that looks as though it has squashed a diver, his body outline visible and booties and fins popping out underneath. At Crescent Bay near Seal Rock, Laguna Beach

Shelley of Shaw’s
This 3-foot-tall garden statue of a woman in a shell is a beloved landmark at Shaw’s Cove within the Laguna Beach State Marine Conservation Area.

Street Lights
More than 7,000 light poles from Los Angeles and Orange County were dumped 4½ miles off Bolsa Chica State Beach in the mid-1990s to create an artificial reef for fish and fishing.

Swimming Bambi
This live deer obviously took a wrong turn in the foothills and ended up in the waves at Salt Creek in Dana Point in time for September high school surf team tryouts. It exited the surf and didn’t make the team.

Historic Plane
A World War II-era F4U Corsair aircraft rests in deep water off Reef Point at Crystal Cove State Park. The plane had engine trouble in 1949, and the pilot ditched it.