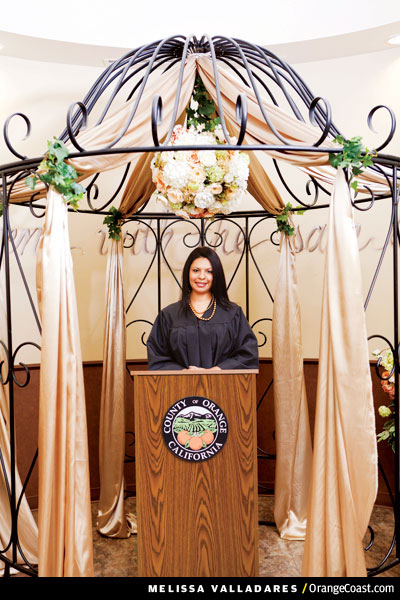 The Trade
Forget the title “justice of the peace.” Thirty-eight-year-old Aguilar is a deputy commissioner of marriage, one of 20 who regularly conducts civil ceremonies at Santa Ana’s Old County Courthouse—and at satellite venues in Fullerton and Laguna Hills.

A self-described “hopeless romantic,” Aguilar has been performing weddings since 1999 and is the supervisor of Orange County’s marriage license unit. The Orange resident reminds the other clerks to be “cheerful and happy and, you know, excited” for the 28 or so couples they marry on an average day. Orange, unlike other counties, takes walk-ins. Valentine’s Day is almost always the busiest day in the marriage business (157 couples exchanged vows last Feb. 14), but a record 283 couples tied the knot on 12/12/12. “It was quite the experience. It was like an assembly line. Brides everywhere.” Not in the mood to wait? Aguilar says Tuesday and Wednesday are the least crowded.

Who married you?
The recorder at the time, Gary Granville. I got married here in the old courthouse.

Was it special to be married here?
Oh, it definitely was, yes. We got married in the evening; when the courthouse is lit up, it’s beautiful. It was about 6 o’clock and the sunset was coming through the windows. Mr. Granville was always good to me. So to have him perform our ceremony was special.

Surely your job’s not all hearts and flowers. Are there thorns?
People occasionally come in here and you can tell it’s not for the right reasons, and they give you a hard time. They don’t like the questions we’re asking, but it’s part of the procedure. The biggest fight is with people who don’t have valid IDs. That’s our one requirement: You have to have a valid ID. And sometimes we’ll have family members come in the next day, and want us to do something to void a license. It’s out of our hands at that point.

What was it like officiating your first wedding?
We always tell our clerks that the couples are more nervous than we are. But I remember being very nervous. I remember shaking. It was a young couple. Once I looked at them and saw how nervous they were, it put me at ease.

When you were younger, did you ever imagine doing this?
Not at all. I thought I’d be doing makeup, or I would be a clothes buyer, because that’s what I did when I was younger and I loved that.

Your most memorable wedding?
There was an elderly couple who had dated when they were teenagers, and then just lost contact with each other. I believe he went off to war. They went on to marry other people and had their own lives. In their 70s, they were both widowed and somehow found each other again. They came in here and had the ceremony done, just the two of them. The gentleman was sobbing.

Any others stand out?
We don’t do them all the time, but we do proxy marriages where a military person is off at war. Someone with power of attorney stands in on behalf of the military person. There was one where the groom was on a cell phone. There was a delay to hear him, and we kept asking “Can you hear?” and he was crying. That was a good one.

Most unusual day?
Halloween. We’re able to dress up on that day, and one year I was Michael Jackson—I won the costume contest that year. A few of the customers requested that Michael Jackson marry them. They thought it was hilarious.

How long is the ceremony, without any interruptions?
About 5 minutes.

Anyone ever stop or bolt?
One couple came in arguing from the get-go, and continued to argue because she wasn’t going to take his last name. So my clerk was getting a little nervous. At any time, we can tell them: “If you’re not ready to get your license and get married today, we’re not going to go through with this.” We can say no. So, they were sent to the ceremony room. My clerk walked in to perform the wedding and the groom-to-be smacked the bride on the arm. The clerk came and got me, and we said, “We’re not going to do the ceremony today. You can come back when you are calmer and you have made the right decision. But we’re not going to do it today.” They never came back.

Why do people come here for a civil ceremony?
I think people want it to be more personal, for each other. They don’t want it to be so extravagant, as far as the huge families, the huge parties. A lot of times, they just come by themselves and we will witness for them. They have various reasons. Some couples will have a civil ceremony here, but then they’ll have a huge wedding out of the country. But they want it legal here in the United States.

Is there something that you, personally, always say at the ceremony?
When the couple walk in, they immediately stand in front of the lectern. They’re staring at me. The first thing I always tell the couple: “Please face each other and hold hands.” I tell them they’re marrying each other. They’re not marrying me.

What about same-sex couples?
We were performing marriages for them for six months in 2008 before Proposition 8. That was probably the most rewarding time working here. All my clerks—we could not believe how grateful and gracious the couples were. I don’t think we’ve ever experienced so many thank-you cards as during that period. So, for us, it was rewarding. They definitely were appreciative and they were happy.

You’re a hopeless romantic?
It’s a little ironic because I am one of two single ones here in the marriage license unit. I’m just always that one who believes in love, believes in “happily ever after.” I believe in fairy tales. My clerks will come out from the wedding room and will be crying, “Oh, it was so sweet.” I love to hear those stories. You may marry 10 people that day, but there’s that one couple that you just know they’re in love and they’re there for the right reasons. It just makes it all worth it.

Do you hope to get married again?
Yes, I do. A simple wedding. On a beach. With no one other than my fiance and the person performing our ceremony. 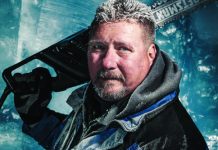 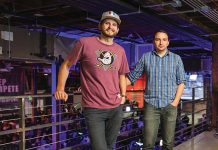 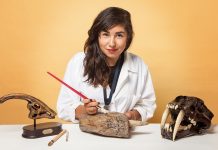