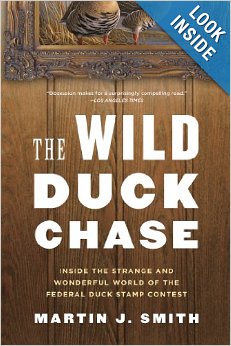 From the day in 2009 that I began work on a story for Orange Coast about the strange and wonderful Federal Duck Stamp Program, I’ve believed that the story someday should be told as a documentary film. First, I wrote it as a piece for the magazine, “The Wild Duck Chase.” Then I wrote it as a book which is now available in both paperback and digital formats. (Here’s the Amazon link.)

We were lucky enough to find the right filmmaker, Brian Davis, and he and his team are finishing up the project they began six months ago. If you want to preview their film, “The Million Dollar Duck,” and help bring the fabled Hautman brothers, iconoclast Rob McBroom, and the rest of the book’s wonderful cast of characters to the screen, here’s your chance. And you’ll have a chance to win an autographed copy of the book as well. They have my support, and I hope they’ll have yours as they officially launch their final funding push on Kickstarter.