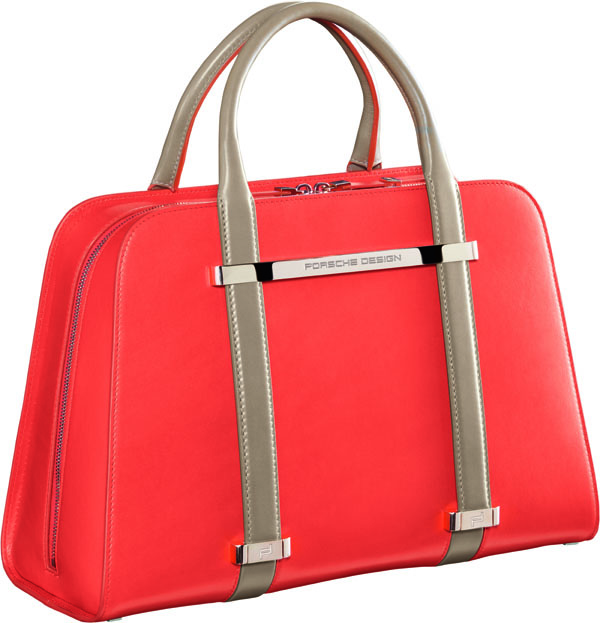 Not since Elle Woods tooled around in her Legally Blonde Boxster has Porsche had such a fashion moment. Last month, the revered German company launched a singular handbag: The Porsche Design TwinBag.

The Italian calfskin TwinBag is designed with a single piece of calfskin that’s hand-stitched, and tanned in an ecologically sensitive way. The bag’s name stems from its most clever feature: adjustable handles allow the TwinBag to be worn as either a handbag or a shoulder bag. Fierce fashionistas, rev up your engines!

In other luxury auto news, Russo and Steele will hold a classic car auction at Newport Dunes Waterfront Resort June 20-22; a charity preview will benefit Children’s Hospital of Orange County (CHOC). Among the cars to be featured at the Dunes’ show are a rare 1953 Chevrolet Corvette Roadster, one of only 225 remaining in the world and most recently owned by Grammy winning country star Alan Jackson, and the rarely seen AA/FD Top Fuel Dragster driven by George “The Stone Age Man” Hutcheson. For more information, visit russoandsteele.com