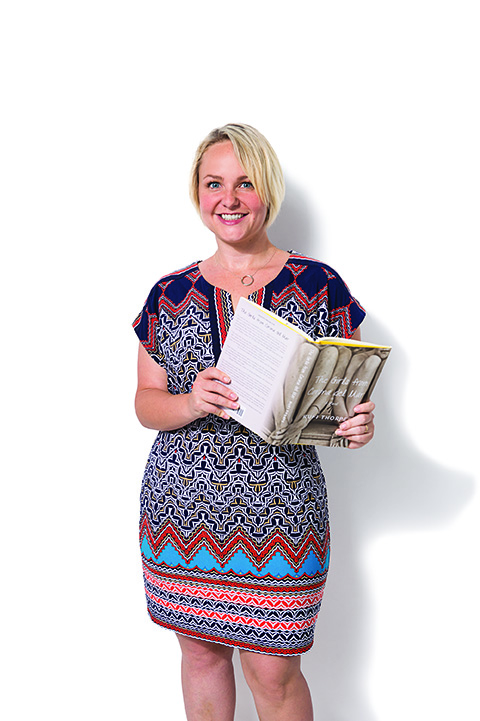 She now lives in Washington, D.C., but the just-published author is still a Californian at heart. Thorpe, 29, taps into the beachy vibe of her hometown of Corona del Mar in her first novel, the story of two “roaming and bratty girls.” The title? “The Girls From Corona del Mar” (Random House). Here are a few of her O.C. inspirations.

ACTING & WRITING
I did the South Coast Repertory kids’ program my whole childhood. Whenever I see that building, it reminds me of being 8 and in theater summer camp and having so much fun. There’s a lot in a writer’s tool kit and an actor’s tool kit that overlap. It’s all about trying to understand what it’s like to be somebody else. For the writer, you’re trying to represent someone else’s consciousness on the page, and for an actor, you’re trying to actually create the illusion.

SCHOOL & AFTER SCHOOL
The girls in the novel are going to Harbor View Elementary School together, and that’s where I went. I have them go to that Chevron station to steal CornNuts because that’s what we’d all do after school. I’m sure it’s different for kids today, but we were sort of let loose because the city was so small and so safe. I got to have one of those great childhoods where you can just run around and be free.

WAITRESSING & WRITING
The novel only started to work when I set it in Corona del Mar and those girls suddenly became alive for me. I’d just moved back to California from Virginia where I did my graduate work. I was looking for a job as a waitress and I couldn’t get one because my references were from out of state. Finally I ended up working at Ruby’s on Balboa Pier. I was working on this book and wearing that ridiculous outfit every day.

TEACHING & WAITRESSING
Nobody teaches you how to teach. It’s just one of those things where you fake it—the same way as being a waitress. You’ve been waited on enough times that you know what happens. By the time you’re done being a student, you’ve watched teachers do it for a long time, so you just do it. One thing I loved about teaching at Laguna College of Art Design is the students are curious and wild. To get to teach Kant to 18-year-olds,
it’s just fun!