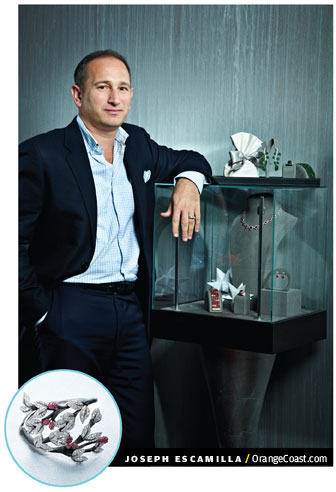 As a child, Moti Ferder remembers his father sitting at a table until midnight, sorting rough diamonds by size and quality to sell to manufacturers worldwide. So it’s no stretch to say the 42-year-old co-owner of Fashion Island’s Lugano Diamonds has been around precious gems for most of his life. “I studied and became familiar with every aspect of the business,” says the native of Israel, who spent years in a diamond factory learning how to cut stones.

In 2005, he moved his family to Newport Beach, where his head-turning pieces have developed a following, and his elegant showroom is an ode to Mother Earth’s most amazing creations, spun in exquisite Ferder style.

When did you first handle precious stones?
I’m told I was about 3.

Helping your father?
Not exactly. I was home with the babysitter. When she wasn’t looking, I took the diamonds from a drawer in the secretary where he kept them and threw them around the house and outside in the grass. I don’t remember doing it, but I’ve heard about it many times. Yes, I was spanked—twice.

You must have been comfortable around those stones.
It felt very natural. Most of my friends’ parents were in the diamond industry.

Does handling these gems ever get old?
If I showed you a million-dollar diamond, [he places a 10.02-carat pear-shaped one in my palm] you would go, “Oh my God, I’m holding a 10-carat flawless diamond.” For me, it’s a stone. It’s not about what it’s worth, it’s about its beauty. I get excited just thinking about what I can do with it.

Favorite stone?
The pear-shaped diamond is a favorite. No other stone has the brilliance of a round diamond, but I like things that are unique. This one [the pear shape] is so magnificent—one of the finest we’ve ever cut—that it calls for minimal treatment—a simple ring or pendant, maybe only two small stones on the side. Sometimes less is more.

How does someone know what jewelry is right for them?
Jewelry is very much a representation of who you are and how you want to present yourself. It captures your individuality. A recent customer wanted a unique wedding band for her husband, but he’s uncomfortable with jewelry. So I designed a double platinum band with tiny diamonds that can only be seen from the side.
It’s subtle, unique, and it suits his personality.

What are you working on now?
I’ve been playing with a lot of precious metals, like carbonium. [He brings out a $58,000 bracelet resembling a vine around the wrist, “blooming” in diamonds and red spinels, which are like rubies but with more brilliance—see inset Page 50.] It’s a hard black metal that looks very natural.

Most expensive piece in your store?
A 30-carat round, brilliant diamond ring that sells in the $2 million range.

Ever make a piece with someone specific in mind?
Absolutely. [He reaches for a 9½-carat, rare Burmese cabochon ruby ring with pave diamonds that will sell for about $92,000.] When I bought this stone, I had several clients in mind, women who could wear a ring like this every day—to lunch, wherever—and carry it off.

Can you tell me their names?
No.

If you did, would I know who they are?
It’s likely, yes.

Most thrilling aspect of your job?
Looking at a stone and getting inspired. Stones tell you what they should be. Some pieces become amazing art forms, so unique that they sit here for a while until the right person comes along who can’t live without them.

What do you suggest for those who can’t afford the cabochon ruby?
Pieces of quality that can be worn every day. I prefer quality over size or quantity. I like this in every area of my life. It’s a personal thing.

Jewelry trends?
Rose gold remains popular. Studs are always classic, as are diamond hoops. And for evening, women still want chandelier earrings. But the most notable trend is jewelry that’s designed to be worn in a variety of ways. For instance, I just made diamond earrings that can be worn five ways, including alone as studs, attached to hoops, or with pearl or emerald attachments.

Are diamonds really forever?
Diamonds don’t wear out, but the jewelry itself has a lifespan, especially if you’re rough with it. Diamonds are the hardest material on Earth. They will break if you strike them with a hammer, but they don’t wear.

This article originally appeared in the February 2012 issue.

This article originally appeared in the August 2013 issue. – See more at: http://www.orangecoast.com/dining/reviews/2013/07/22/main-course-carmelitas-kitchen-de-mexico#sthash.79dGXYpV.dpuf

This article originally appeared in the August 2013 issue. – See more at: http://www.orangecoast.com/dining/reviews/2013/07/22/main-course-carmelitas-kitchen-de-mexico#sthash.79dGXYpV.dpuf 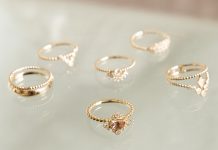 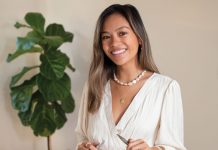 Style Talk With: Katie Nguyen, Founder of Urth and Sea