It seems like it’s Orange County’s time to make a splash in the style world, if the reception to StyleCon 2015—held Nov. 7 at the OC Fairgrounds Hangar in Costa Mesa—is any indication.

StyleCon was a such a success StyleCon founders Robyn Grant and Irene Martino have already set the date for StyleCon 2016 (Nov. 5, so you can mark your calendars) at the Hangar and are in the planning stages for StyleCons in Miami and Las Vegas.

And, more exciting news, the StyleCon ladies are planning to launch a StyleBox next spring that will feature beauty and lifestyle products. We will keep on top of things and let you know more about the StyleBox as things progress.

Meanwhile, following the very stylish event, we got to talk to Martino and Grant about what they learned from their first StyleCon:

SWL: What did you learn from your first StyleCon?

Irene Martino: The age range.  I had like 20 of my friends come and they were floored, everybody had fun no matter what age they were. Initially when were doing this show we thought it was going to be a 15- to 20-year-old crowd; really our average age was 28 years old.

Robyn Grant:  StyleCon’s an unusual platform because, really, it can reach out to a really broad broad age range which is very unusual and that’s why it worked for the brands (that participated in StyleCon) because they could really reach out to a lot of people, not just one at a time. That was something we were really, really happy with because that was our plan.

SWL: People really seemed to be enjoying themselves; there were long lines at the nail and braid bars! Was that surprising?

I.M.: Well, that was free, and for a $29 ticket, think about it, they got a goody bag filled with products and magazines and treatments! People stayed for hours; we initially thought they would stay for about an hour but people stayed for 5 hours.

SWL: Will next year be bigger?

R.G.: We’ve already been approached by 10 brands, good brands … We’ve talked about moving it to a bigger venue but we want to keep the franchise solid so we’re staying at the Hangar.

I.M.: We can hold 2,500 in that space! TopShop was our first brand, this is the first time that they’ve ever done anything like this so they took a chance because we had that relationship. They want to do it, not bigger, but better, next year.

StyleCon will continue to host smaller events between the larger conferences. For more info on stylish happenings go to StyleCon.com. 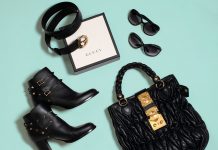 Consigned Treasures from The Revury 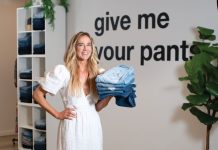 Style Talk With: Remington Fraser of The Revury