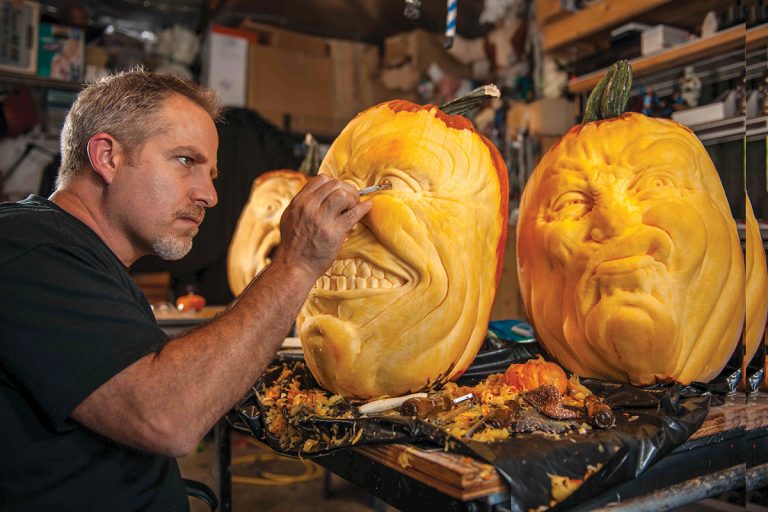 The Laguna College of Art and Design instructor has produced sculptures and illustrations for the film and TV industry for more than 20 years, but his other claim to fame is his ability to transform pumpkins into intricate works of art. He competed on season three of Food Network’s “Halloween Wars” and was season four’s champion carver. Why pumpkins as a medium? “I love Halloween, and there’s something great about going over the top with traditions.”

Something big and dramatic, different from what you’d find at the market. I like it to have some character to it. That helps me imagine what face I can carve into it.

Do you sketch before carving?

I don’t work with a sketch, but I often put a mirror in front of me and light my face from above so that I get strong shadows. I’ll make a fun expression and translate that into pumpkin anatomy, so to speak.

How long does the carving take?

Five to 10 hours. And I have to do it in one sitting so the skin won’t go rubbery before I’m finished.

Do you carve anything else?

See His Work!
Check neillartstudios.com for a list of upcoming events.