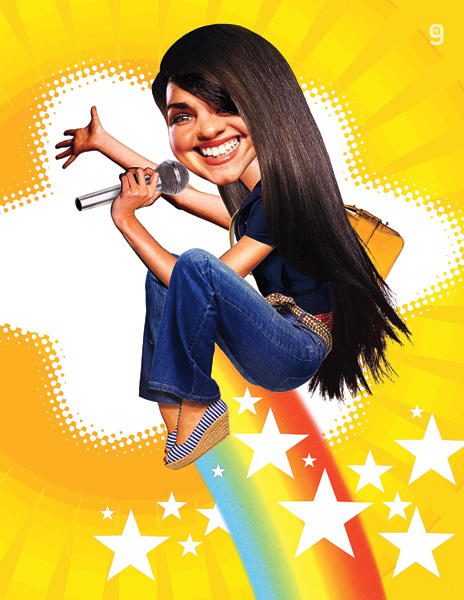 Like many who watched the viral music video “Friday” in 2011, my reaction was a mix of shock, horror, and amusement. It was so hilariously bad that, years later, my husband and I sometimes ironically belt it to each other when Friday rolls around. (We we we so excited, you know?)

But I also felt for Black, a 13-year-old Anaheim Hills girl who became the most hated person on the Internet overnight, even receiving death threats. (Click here for our 2011 Rebecca Black story) All I could think was, thank goodness YouTube wasn’t around when I was 13. My friends and I used our cheap digital cameras to record far more embarrassing music videos, which mercifully will never see the light of day.

So I was quite relieved when her new video, “Saturday,” made the rounds this past December. It was self-deprecating, lighthearted, and most of all, not half bad. Since then I’ve found out that Black, now 16, has been making weekly vlogs on YouTube, and gaining real fans. She seems like a nice kid, and I have to applaud anyone who can bounce back from that kind of infamy and laugh at herself.

I’ll probably still make fun of “Friday” until the end of time, but at least I can rest easy knowing that Orange County’s biggest viral sensation is doing just fine.