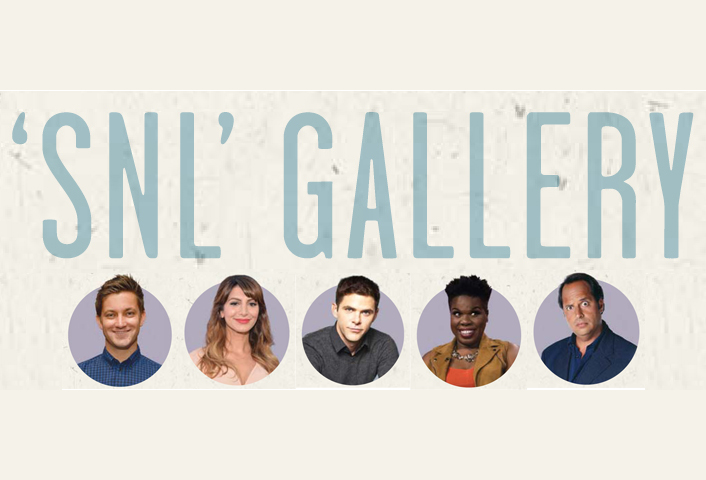 CHRIS KELLY
Co-head writer
The 33-year-old UC Irvine graduate joined the writing staff in 2011 and penned the skits “(Do It On My) Twin Bed” and “Back Home Ballers.” NASIM PEDRAD
Cast member, 2009-2014
The show’s first Middle Eastern cast member, the Iranian Pedrad, 35, grew up in Irvine and graduated from University High School. She was known for her dead-on Kim Kardashian impersonation.

MIKEY DAY
Writer & featured player
The 36-year-old grew up in Orange and graduated from El Modena High. He has managed to get O.C. references into some skits, such as featuring Edward Norton as an Irvine police officer.

LESLIE JONES
Writer & cast member
Jones, 49, briefly attended Chapman University. She has had ups and downs with social media: Hateful attacks plagued her after the “Ghostbusters” opening, but her Olympics tweets won her fans.

JON LOVITZ
Cast member, 1985-1990
This UC Irvine graduate created the popular character Master Thespian, based on one of his Irvine professors.