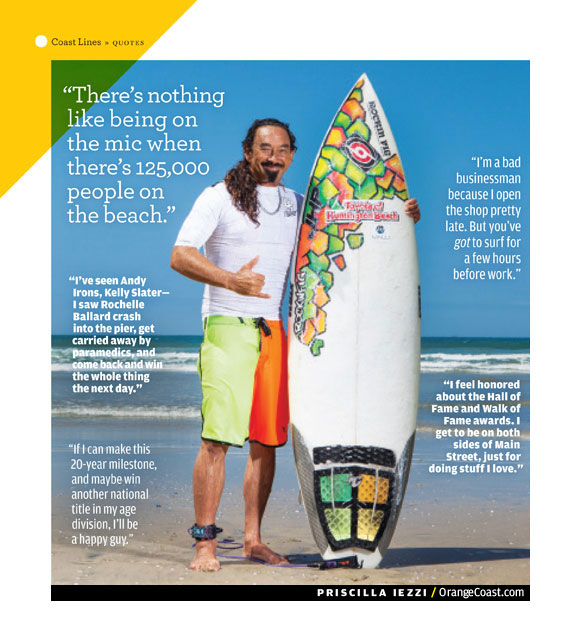 The 56-year-old Surf City legend, announcer to some of the sport’s biggest competitions, is preparing for his 20th year as the voice of the US Open of Surfing, July 20 through 28. Holder of several West Coast and national titles, and a Surfing Walk of Fame honoree, Fignetti still competes, while also running his Main Street board shop, Rockin’ Fig’s Surf Headquarters. And that nickname? It’s courtesy of the late surfing pioneer Chuck Dent. “I used to be a wild guy in the old days. One time he saw me dancing on a counter and said, ‘You’re the rockin’ Fig!’ ”

Rick Fignetti will be inducted into the Surfers Hall of Fame on July 26.