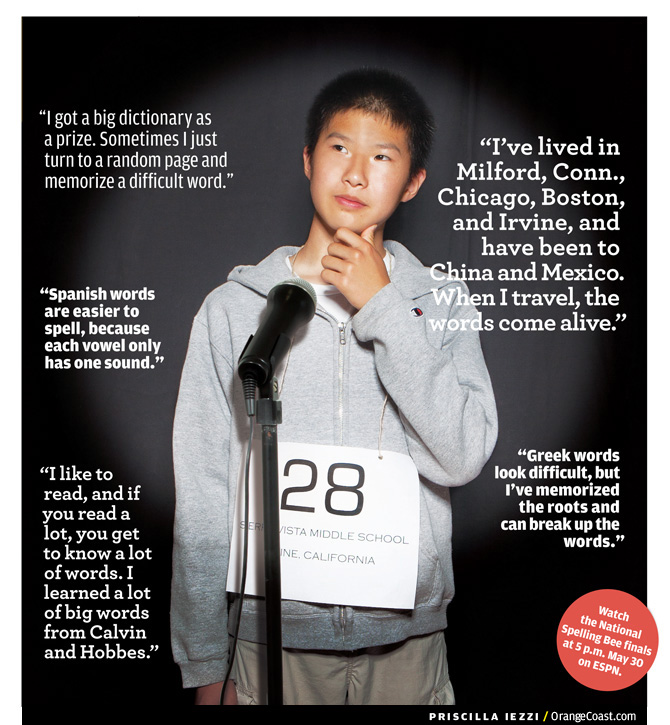 Told the final word of the Orange County spelling contest was a quick, humorous musical composition, the Irvine eighth-grader applied eight years of piano practice to come up with S-C-H-E-R-Z-O. Fourteen-year-old Alan, who also speaks Spanish and Chinese, will represent the county at the Scripps National Spelling Bee near Washington this month. “Words,” he says, “just sort of stick with me.” An avid reader since age 3, his favorite way to learn new words is through Gary Paulson’s books about survival in the wilderness. Poor spellers, don’t be intimidated. Alan is tempted to correct people  “only if it helps them—and they don’t feel annoyed by it.”