Having a mobile business is part of the fun of the escape bus, but it also makes you a little more hidden. Any good things about being hidden?

The challenges are a lot easier to answer. We’re one of two or three mobile escape rooms (that I know of) in the whole country. They’re mostly brick and mortar places. They’re in offices, in people apartments. …There’s not an infrastructure in review websites to support (a mobile business). So if you travel to Anaheim and you check out what are best things to do in Anaheim an escape room might pop up, but we’re not going to pop up because we don’t have a location. We’re constantly reintroducing ourselves. We’re always in a different spot.

On the positive side: It is cool because people like escape rooms, they are a cult-y thing to begin with so (it’s even better) to be even more secretive. There’s no repeat business in escape rooms so to find one on wheels and now (to figure out) where it’s going to be next is part of the (allure)—in the same way you track a food truck you love. That’s the kind of allure we’re trying to build.

What makes mysteries and hiding so appealing?

People these days are loving out-of-the-norm (things and activities) more than ever: craft beers are huge; going to weird obscure restaurants; and knowing they found something that other people aren’t aware of. Anthony Bourdain was saying he doesn’t like to say the name of a place because it will give it away. People like to keep things secret. if we can live up to that hype it makes us pretty cool.

Is your escape bus different from an escape room? How so?

Well, the concept is still the same. We’re still locking people into a space and they’re trying to unlock clues and things. That idea is still the same. We try to make our game more technology oriented. The theme is you’re a group of hackers being sent to hacker prison.

The game was created based on our situation (of being in a bus). What might you be trying to escape from in a bus. Maybe you’re on your way to prison. It kind of organically grew that way. You might go into an escape room in an office building but its supposed to be Egypt. That’s cool, but here you’re walking into a very real bus that could have been a transport bus. We used being mobile to create our theme. And we wanted to separate our game with technology. 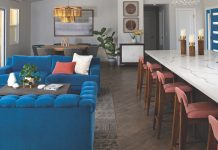 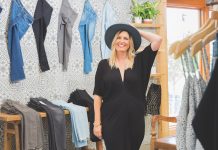 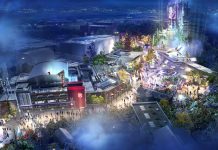