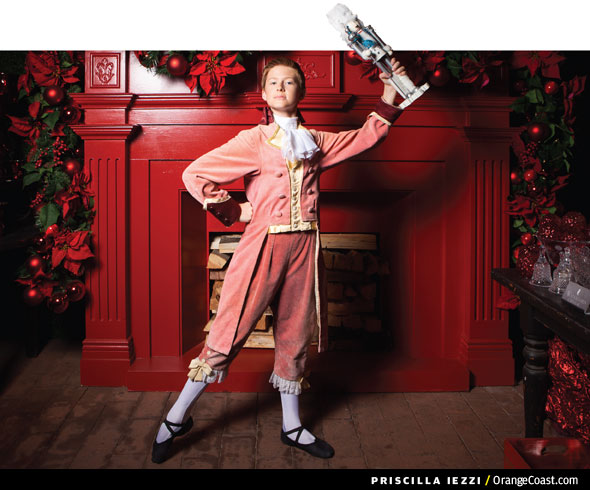 For the third year in a row, David will alternate as naughty brother Fritz in Festival Ballet Theater’s production of “The Nutcracker.” Fritz disrupts a Christmas Eve party in the traditional ballet, but the antics are all an act for the Aliso Viejo sixth-grader, who is polite and serious offstage, especially about classical dance. He’s been taking dance lessons since he was 3 and practices six days a week. “I just love to be able to perform in front of an audience, and I like the excitement,” says David, who turns 12 on Christmas Day.

What do you like about performing?
The feeling of being onstage. Once you do your double tours [a turning jump] and finish perfectly, it’s great to hear the applause.

Do you get nervous?
Yeah. A little bit is good, though.

In the ballet, you steal the nutcracker from your older sister, Clara, and it “breaks.” How does that happen?
There’s a small pin on the back of the nutcracker. She pulls it out with one of her fingers and I run off with the other half.

Has it ever not come apart?
Once or twice. We had to improvise so it looked like it was supposed to happen.

Is your Fritz a brat, or just a kid who isn’t very grown up?
He’s a bit bratty, but I think the majority of it is that he hasn’t grown up enough and is just teasing his sister for the fun of it.

You have a 16-year-old sister. What’s the worst thing you’ve done to her?
I can’t really recall at the moment.