The Trade | Tveter is certified in canine massage and is trained in topics such as dog gait analysis, anatomy, and nutrition, plus various massage techniques, including trigger point therapy.

The owner of Hand2Paws massages various breeds, from a Great Dane to a Boston terrier. Tveter also partners with local spas to provide human and animal “couples massages.” The Laguna Beach resident lives with a roommate, a cat, and a cocker spaniel-dachshund mix. “We’re one big happy family. The animals get massages. … I think I like animals more than people sometimes.”

How did you get into this business?
I was in the fashion industry for more than 20 years, working as a wholesale account executive in New York and Miami. In 2013, I moved out to Laguna Beach. My sister-in-law mentioned that she knew someone who massaged dogs in New York and I was like, “What?” I had never heard of that. After that conversation, I enrolled at the Ojai School of Canine Massage. It was a 200-hour program: 100 hours of online study over six months and 100 hours of on-site training over two weeks. People think massaging is the same as petting, and it’s obviously not.

Do you only massage dogs?
Yes. It was technically a small-animal massage program. But, besides my own cat and one horse, it’s pretty much dogs. A lot of senior dogs face issues like back problems and arthritis, so that’s where most of it comes in. Ollie, my first client—a Tibetan terrier I still massage weekly—came in for emotional healing because he was such a timid dog. It has absolutely helped him.

What are the benefits of a massage for healthy dogs?
It increases their flexibility and their range of motion. It helps with inflammation. I feel for knots and swelling of the joints, even if there are no injuries. We do stretches. Circulation is huge for bringing oxygen to the cells. I say it’s as beneficial for dogs as it is for people. I don’t have any injuries, and I get a biweekly massage. Actually, because of what I do, I need the massage, because I’m bending over all the time.

Do all dogs enjoy a massage?
I actually have never had a dog not like it. It’s more about them not knowing me. So the first session, I usually request 45 minutes, because they have to get to know me. I come with a dog bed and sheets; I use organic lavender, coconut, and almond oils. I play music so they have a nice, serene environment. I have one dog that his dad and I call Stubborn Skipper, who used to walk around the room a little bit and didn’t just lie down. But he has come around and is enjoying a massage lying down. I mean, the dogs have gone under the table, and I’ve had to follow them down there to give the massage. Our teacher instilled in us that it’s still an animal, and they have their own personalities, and you basically go where they go.

Do you work with any pet spas?
I go to the Dog Ranch in Laguna Beach two mornings a week. I have regulars there, like Hendrix, a Great Dane. He must know before I walk through the door, because he’s jumping over the gate trying to get to the back area where he knows I am. It’s pretty awesome. When I walk outside, all of my regulars come running. They’ll be like, “Me now!” It’s an awesome feeling.

What about those “couples massages”?
I’ve hooked up with some (human) spas such as Hand & Stone for those. You come in with a dog and you get a massage in one room while I give your dog a massage in an adjacent outside area. It’s pretty fun.

Do you encourage people to give their dogs massages at home as well?
Yup. I keep my rates reasonable (starting at $40 for half an hour), but not everybody can afford regular massages. I will give them some tips on what to do. For example, one of the first things my teacher taught us in school was that animals’ ears, especially dogs’ ears, contain thousands of nerve endings, so that’s why dogs love having their ears massaged.

Have you ever been surprised by how much a client benefited from a massage?
I massage a cattle dog mix named Lucie—she’s 13—at the Dog Ranch. After a couple of months, her owner told me that Lucie had gotten off all of her anti-inflammatories. I was shocked. I’m not a vet, and I don’t ever claim to be, but it’s awesome if some of the dogs can get those kinds of benefits from a holistic approach. 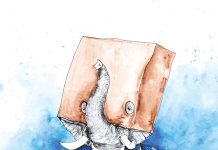 O.C. Voted Blue: Is the Identity of the GOP Here in Danger? 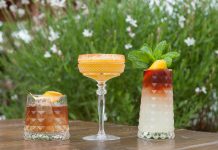 A Year’s Worth Of Noteworthy Drinks 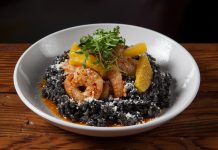