Home Life & Style Stuff We Love O.C. Answer Man: Where does the term ‘E-ticket’ come from? 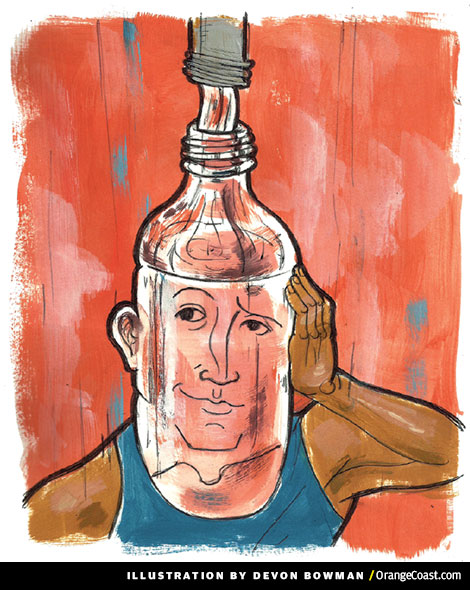 Long before electronic plane tickets, Orange Countians knew E-tickets as something entirely different. From 1959 until they were phased out in 1982, Disneyland’s many attractions required A- through E-tickets, with A’s for the least popular, and E’s for the most exhilarating. Today, the O.C.-born phrase “E-ticket ride” is used nationwide to describe any major adrenaline-producing experience, such as skateboarding down Laguna Beach’s Third Street or the steep climb out of John Wayne Airport.

Q: There are Angelenos and New Yorkers. What do residents of O.C. cities call themselves?
A: Some, like Santa Anans, just tack an “n” on the end of their cities. Anaheimers take the Germanic approach. Fullertonians sound as if they might wear powdered wigs. And residents of a few towns have slightly more colorful nicknames, such as Cypriots (Cypress), Grovers (Garden Grove), and Lagunatics (Laguna Beach). But more often we just say we’re “from [insert city name here]” or, more likely, that we’re “Orange Countians,” because many of us identify more with the county than a specific city. If the rest of us O.C. dwellers want city-based monikers, I suggest we look to our Spanish roots, for names such as “Stantonistas” and “Niguelitos.”

Q: How did Fullerton end up with a state university?
A: Nineteen sites bid to become Orange County State College’s home when California, recognizing the county’s growing population, authorized its creation in 1957. Anaheim had no community college to supplement lower-division classes. Huntington Beach underwhelmed a visiting state senator whose car had to be extricated from the mud by a tractor. Ultimately, the enthusiasm of Fullerton’s community leaders won the day. Classes began in fall 1959 at Sunny Hills High School and then moved onto campus the next semester. It later changed its name to Orange State College, then California State College at Fullerton, and finally California State University, Fullerton. In the ’70s, people still called it “Cal State Who,” but today Cal State Fullerton has the largest student body—more than 38,000—of Cal State’s 23 campuses.

Bowman Chris Jepsen is the O.C. Answer Man. Have a question? Send it to cjepsen@socal.rr.com

This article originally appeared in the August 2014 issue.