Home Life & Style Stuff We Love O.C. Answer Man: Is it me, or does Aliso Viejo feel especially... 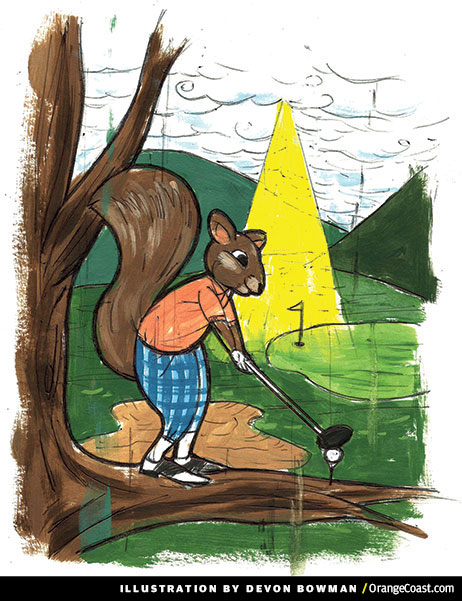 A: In a region where towns all seem to run together and developers make a science of packing a lot of people onto small tracts of land, Orange County’s newest city is almost entirely surrounded by green space. Aliso Viejo Resort & Golf Club caps the city’s northern border while Aliso and Wood Canyons Wilderness Park wraps around much of the rest. Moreover, 21 parks are spread across the rest of the 6-square-mile city. Based on the ubiquity of local wildlife, it’s pretty clear squirrels and rabbits think of it as heaven.

Q: How did Orange County split from Los Angeles?
A: When the railroads arrived in the 1870s and ’80s, our economy boomed and we chafed at still being L.A.’s redheaded stepchild. The effort took years. Ultimately, community leaders of all political stripes gathered cash to “lobby” Sacramento, newspapers promoted secession, and San Francisco supported us in order to undercut Los Angeles. In March 1889, lawmakers passed a bill allowing voters of the proposed new county to decide the issue. On Aug. 1, it will have been 125 years since Orange County was formed—and Anaheim’s still annoyed that it wasn’t selected as the county seat.

Q: Why are so many things named “Santiago” in Orange County?
A: Thank homesick Spaniards. On July 27, 1769, members of the Portola Expedition camped near a creek in what’s now Orange while on their way to Monterey Bay. It was two days after the feast day of St. James (Santiago), the patron saint of Spain, and they named the creek for him. The name later was applied to the canyon the creek flowed through, and the mountain near its source. Over time, “Santiago” also found its way into the names of land grants (for example, Rancho Lomas de Santiago), mining camps, schools, roads, railway stops, parks, and more. And what evokes the romance of Old California more than Santa Ana’s Santiago Food Mart, Auto Wash & Wireless?

This article originally appeared in the July 2014 issue.