Home Life & Style Stuff We Love O.C. Answer Man: How did Cypress get its name? 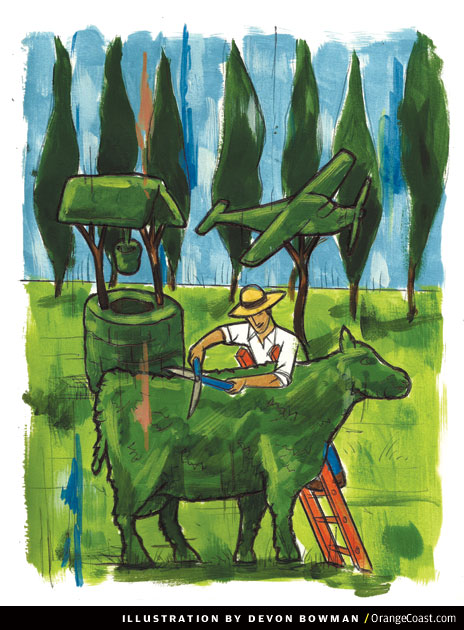 Q: How did Cypress get its name?
A: The town took its moniker from the Cypress School District—founded in 1896—which, according to historian Phil Brigandi, was named for the then-popular ornamental tree. But Cypress easily could have ended up with another name. In the early years, some called it Waterville, highlighting the area’s many artesian wells. In 1927, there was talk of changing the name to Lindbergh, in honor of the celebrity aviator. With the local dairy industry’s dramatic growth after World War II, the town finally incorporated in 1956 as Dairy City. To nearly everyone’s relief, it soon was re-renamed Cypress.

Q: Is there an O.C. connection to the JFK assassination?
A: Afraid so. Lee Harvey Oswald was stationed at Marine Corps Air Station El Toro for a month in 1957 before being sent to Asia. While overseas he accidentally shot himself, was court-martialed twice, suffered a nervous breakdown, began to learn Russian, and contemplated his growing devotion to communism. In December 1958, Oswald returned, this time assigned to the Marine Air Control Squadron 9 at what was later known as MCAS Tustin. Other Marines called the introverted misfit “Comrade” and “Oswaldskovich.” He left in December 1959 on a dependency discharge to care for his mother, but defected to the Soviet Union instead. The Marines scrambled to change codes, radio frequencies, tactical call signs, and other information that Oswald might have given the Soviets. November 1963 introduced Oswald to the world, but Marines in Orange County already knew he was bad news.

Q: What’s the story behind the landmark roadhouse Cook’s Corner?
A: Andrew Jackson Cook moved to a property near El Toro and Live Oak Canyon roads about 1884. More than 40 years later, his son, E.J., repurposed an old cabin on the site as a roadside outpost for a hot meal and cold beer. The current building at Cook’s Corner was bought as surplus from the Santa Ana Army Air Base after World War II. Cook’s reputation as a biker bar didn’t begin in earnest until 1975, when it was bought by a motorcycle accessory manufacturer from Santa Ana. If you plan to go, just make reservations with the maître d’.