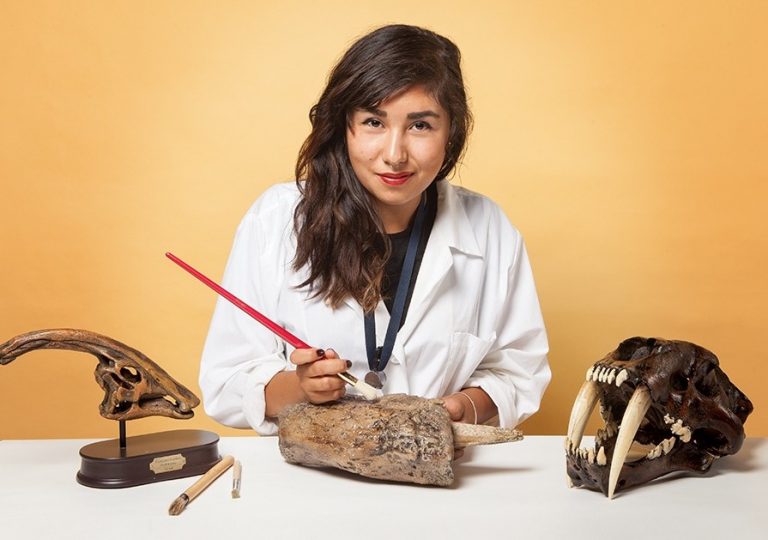 Scientists see Orange County as a fossil hotspot, where every dig can reveal secrets of the region’s past. Though still an undergrad geology major at Cal State Fullerton, Michelle Barboza has mapped the magmatic systems of the Andes and worked on excavation sites along the Panama Canal. Back home, she spends most of her time at the John D. Cooper Center in Santa Ana, preparing fossils for the Bonita Canyon whales project, a research endeavor documenting the history of 16 baleen whale skeletons (roughly 10 million years old) uncovered from a site in Newport Beach.

“I loved going to the Natural History Museum as a child. I had to be coaxed out by my parents, or else I would never have chosen to leave.”

“I was stunned when a professor told me geologists are in high demand. It had never occurred to me to consider what types of work a geologist does.”

“As an avid hiker, I’ve always looked out at the natural world and wanted to know how it works, and why.”

“Two of my lab mates are working on the Talega bone bed project (in Lake Forest), and the fauna they have uncovered tells us that O.C. used to be a swampy, tropical place.”

“Orange County is so fossil-rich that just about every time a construction dig begins, it must be halted while a paleontologist assesses any significant fossils.”