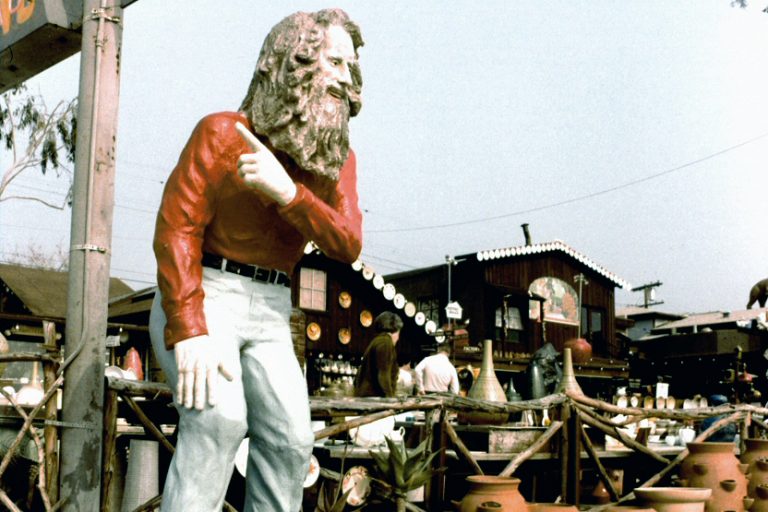 A: Laguna’s greeter is a smiling, white-bearded, cash-strapped fellow who waves hearty greetings to passing traffic from a busy street corner. The tradition began in the 1880s with Joe Lucas, an old Portuguese fisherman and shipwreck survivor who gave up the sea, lived in a little abandoned schoolhouse, and carried a trident everywhere. What little English he spoke was profane, so he cheerfully greeted each arriving stagecoach with a stream of colorful oaths. Old Joe died in 1908, and a new greeter did not appear until the now-legendary Eiler Larsen moved to Laguna Beach in 1942. But Larsen and subsequent greeters—including today’s Michael Minutoli—are stories for another time.