Imagine downtown Garden Grove without cars. Now, imagine that you can casually stroll down the middle of the block, ride a bike, skateboard, or jog without worrying about being hit by an automobile. Picture streets filled with food stalls and art exhibits, and that there are three outdoor stages with multicultural music and dance performances.

This is just a snapshot of what’s being planned for “Re:Imagine Garden Grove—A Downtown Open Streets Event” from 11 a.m. to 4 p.m.  Sunday, Oct. 12. Garden Grove officials are working with the Los Angeles-based nonprofit Community Arts Resources (CARS)—the folks who started the wildly popular bicycling event CicLAvia in Los Angeles. It’s the first time the organization has planned an event in Orange County.

CARS president Aaron Paley said the starting point was the city’s “Re:imagine Downtown” initiative, a master planning process with the goal of  revitalizing Garden Grove’s downtown.
“You open the streets and there are all kinds of things that can come of that,” he said. “People realize that they can ride their bikes for a couple of miles and how easy that is, and it sets up a process of potential change. One of the ideas  behind open streets is to imagine your streets are your public spaces. That’s the place where you meet each other, where your kids might be playing, or where you might be sitting on an outdoors patio dining.”

About three miles of roadway will be closed to cars on Oct. 12, including portions of Nutwood Street, Stanford Avenue, Garden Grove Boulevard, Acacia Parkway, Main Street, and S. Euclid Street; the latter three will be reserved for pedestrians only. The all-female Mariachi Divas, American folk-rock group Live Oak Review, and UCI’s Kaba Modern hip-hop dance group are among those scheduled to perform. The event is free.
For more information, go to ggopenstreets.com 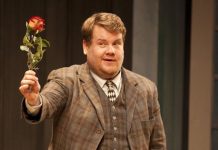 UPDATED: Here’s How You Can Still Enjoy the O.C. Arts Scene While Social Distancing