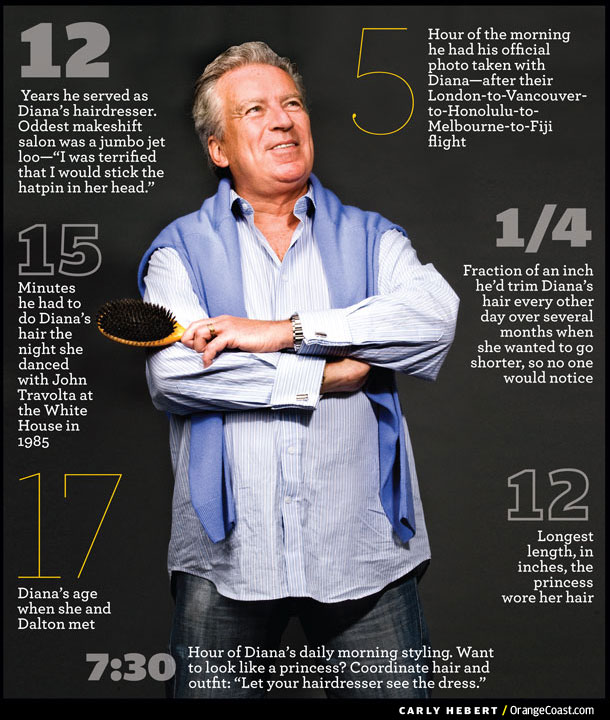 Should Prince William need a quick trim during this month’s California visit with bride Kate, his first stylist isn’t far away. Dalton, of Laguna Beach, hairdresser to William’s late mother, gave him his first fuzz cut at age 1. Chair placement was key to early haircuts for William and his brother, Harry: “Next to the coffee table, so they could get extra television.” Royal travel had its moments. “I went on the train with just the nanny and the two boys. They were up in the luggage racks, sticking cookies to the window—no different from anyone else’s kids.”

This article originally appeared in the July 2011 issue.