Home Uncategorized Every adoption story is a mysterious stew of longing, loss, and searching... 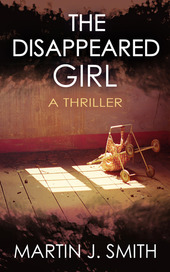 Our own Editor-in-Chief Martin J. Smith’s has been published! We’re proud of the fourth novel in his Memory Series, “The Disappeared Girl,” which Diversion Books has launched as an e-book exclusive. Smith wrote about his inspiration for the story on goodreads.com—and you can read the whole thing there. He reveals: “I learned [about adoption] firsthand from my sister Lisa, my oldest sibling, who was 19 in October 1961 when she found herself pregnant and unable to keep her infant daughter. I was just 5 at the time, and three decades passed before Lisa ever told me her secret. On the day she finally did—sitting with me on my front porch in Southern California—something extraordinary happened. At her home in Phoenix, the phone rang. The caller spoke briefly with my sister’s husband, but left no message. We later learned that that coincidental call was from her lost daughter, then 30 and living in Ohio, trying for the first time to contact her birth mother.”

A suspense thriller about an American father and his adopted daughter whose search for information places them squarely in Argentina’s Dirty War, the novel is compelling across contemporary and historical interests.$2.99 at martinjsmith.com/book/disappeared-girl-2/