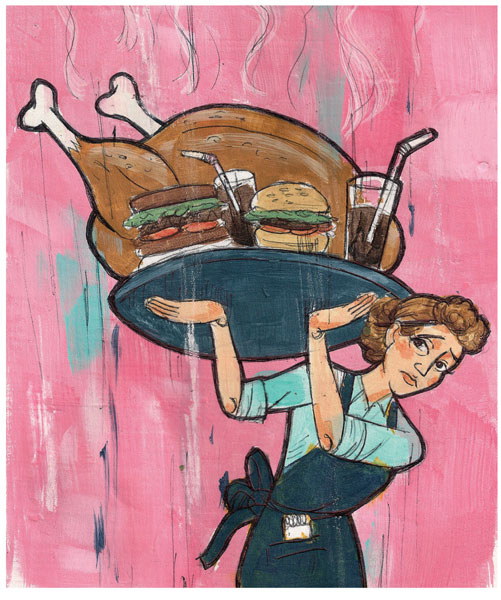 Q: What happened to that pink restaurant
that served omelets the size of Buick hubcaps?
That was Garden Grove’s legendary Belisle’s, on Harbor Boulevard. Harvey and Charlotte Belisle started it shortly before Disneyland opened in 1955. Enormous portions, a vast menu, and home cooking made it popular. Out front, hucksters—a large man with a bell, for example, or a little person in a chef’s hat—lured customers. Belisle’s made a grape- and lettuce-free meal for Cesar Chavez, and meatloaf for President Reagan. Several chain restaurants occupy the site today.

Q: Didn’t UC Irvine once hold medieval fairs?
The Wayzgoose Medieval Faire, a school spirit event held every spring since 1970, is the university’s oldest tradition. Its name comes from an annual celebration for printers’ apprentices in medieval England. Entertainment included magicians, jugglers, game and craft booths, music, puppeteers, Shakespearean plays, and demonstrations of jousting and dueling. Everyone was encouraged to wear period costumes, and at least one Wayzgoose ended with a torch-lit banquet featuring court jesters and strolling minstrels. But the theme has eroded since the ’90s. Finally, last year, Wayzgoose officially was unmedievalfied and given a new ecofriendly theme: “Zero Waste.” We can only assume “Oral Hygiene” and “Paint Drying” had been snapped up by other festivals.

Q: Can we really ask you anything?

You can ask anything related to Orange County. Just know that the O.C. Answer Man is no expert on smartphones, reality TV shows, hipster cuisine, or sports. The O.C. Answer Man has a rotary flip phone, watches ’70s sitcoms, eats old-school comfort food, and his only nod to sports is the Angels’ Rally Monkey that hangs in his car window specifically to irritate people who don’t live here. The O.C. Answer Man may answer questions on these topics, but will consult better sources.