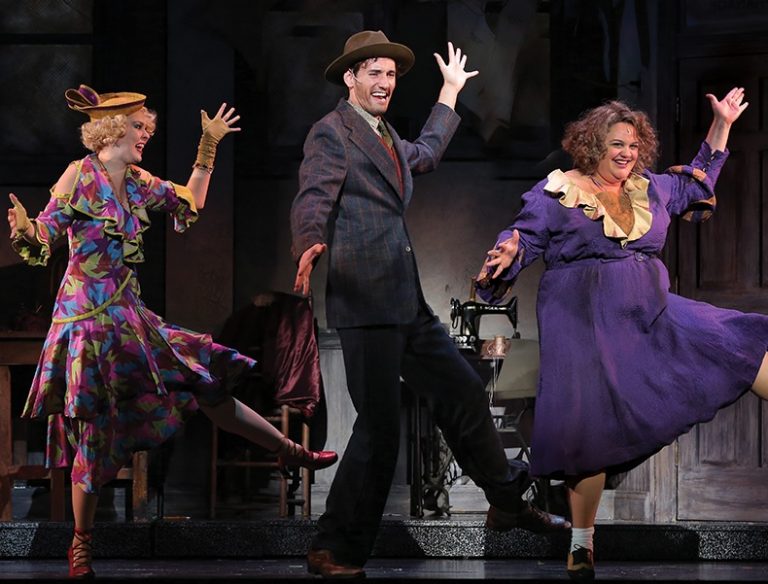 Garrett Deagon received the call April 1. “They said I got the part of Rooster in the national tour of ‘Annie.’ It was April Fools’ Day—I thought they were joking.” But fortunately for the UC Irvine alum, it was no joke. The 25-year-old went from working as a party clown in New York City to starring as Miss Hannigan’s conniving brother in the musical’s 30-city tour that stops this month at Segerstrom Center for the Arts.

Ever think you’d land this?
It was just another audition; I had no idea they’d choose me. At UCI, my voice teacher Gary Busby told us to fake it till we make it. So even if we felt we were wrong for the part, we just needed to pretend we could do it.
Describe opening night.
I play a villain, so I was afraid they’d boo me at curtain call. Luckily they didn’t. Also my “switchblade” was a comb during auditions, and they forgot to replace it for that night. I hope no one noticed. Since then I joke with the girls, “Watch out, I’m gonna comb your hair!”
How does it feel to do the same show hundreds of times?
Well, I’ve heard the song “Tomorrow” about 400 times in the past four months. You don’t even realize you’re humming it.
Excited about the O.C. shows?
It’s going to be the highlight of the tour for me. Everyone I know from UCI, my family, even my high school drama teacher will be there.

“Annie” will be at Segerstrom Center for the Arts from May 13 through 24. scfta.org