John Wayne Airport has mounted more than 80 art exhibitions in the terminals since 1990. But these days only ticketed passengers can view them because they’re on the other side of the security divide. While I’ve seen photos of the artwork in the current exhibition, “Joan, Joan, Joan: One Subject, Many Artists,” I’ve not stood inches away from the works, in the flesh, as it were. Nevertheless, I encourage those who have a date with the airport between now and the show’s Jan. 15 closing, to arrive a little early and spend some time with the 200 portraits on the upper level of Terminals A and C.

These are portraits of a unique L.A. woman, Joan Agajanian Quinn—writer, interviewer, arts patron, advocate for Armenian women, and past member of the California Arts Council. For 50 years, Joan’s friends—a Who’s Who of the L.A. and New York art scenes—have been making portraits of her: Ed Ruscha, Joe Goode, Claire Falkenstein, Robert Mapplethorpe, Andy Warhol, Jean-Michel Basquiat, Robert Graham, Alexis Smith, and many others.

The styles, approach and materials differ in each portrait, but the idea is the same: to capture Quinn’s buoyant personality. Karin Schnell, chair of the Airport Art Commission, said this grouping—some of which was displayed two years ago at Santa Ana College—is “so much fun. There are a lot of sculptural, or almost relief pieces, that are dynamo. We felt that it fit right into our goals and objectives of bringing different forms of art, different exhibits to the airport.”

As a cub reporter, I overlapped with Quinn at the now-defunct L.A. Herald Examiner, where she was the society editor. I didn’t get to know her, but it was impossible not to know who she was. She wore flowing, colorful garments, had blue hair, and always seemed to be surrounded by people seeking her attention. She was a whirlwind. 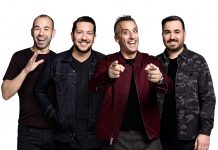 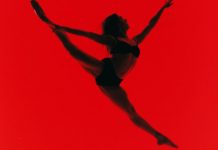 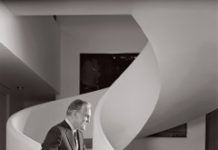