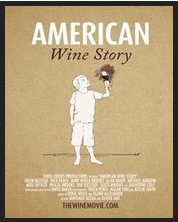 The documentary, “American Wine Story,” is about people leaving their day jobs to risk following their dreams in the wine industry. But the heartfelt focus of the movie is Jimi Brooks. As the movie producers were interviewing many winemakers and growers, they kept hearing about the story of Jimi Brooks, a renowned winemaker who founded Brooks Winery in the Willamette Valley in 1998, but passed away in 2004 at the age of 38 from an aortic aneurysm. Subsequently, winemakers from all over the Willamette Valley gave their time to help save the winery, and the following year, a consortium was formed and the winery bequeathed to Brooks’ son, Pascal, who was 8 when his father died, becoming the youngest winery owner in the world.

Janie Brooks Heuck, Books’ sister, agreed to tell the story of how he found his way into the wine industry. Brooks Winery is featured prominently in the movie and includes interviews with Janie, Pascal, Janie’s spouse, David, and current winemaker Chris Williams. It’s an amazing tribute to Brooks and his legacy 10 years after his passing.