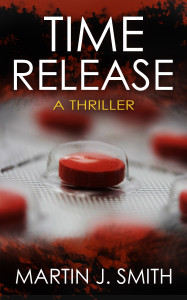 Longtime readers might know that Editor in Chief Martin Smith is actually on his second tour here at Orange Coast—he left in the late ’90s to write the third book in a popular suspense thriller series he’d penned mostly while helming the mag (no, we don’t know how he did it). While Smith wrote the fourth book in 2002, it was never published. Diversion Books has picked up the final book in the “Memory Series,” and in advance of the fourth book’s March release, is launching digital editions of the first three.

Readers can start the whole series at a rock-bottom price, and get all three read before the March release of the long-awaited “The Disappeared Girl.” If history is any indication, the book could be award-winning: the first book, “Time Release” was nominated for an Anthony Award; the third, “Straw Men,” was a finalist for an Edgar Award, the highest honor in American crime fiction.